While filming in the central Alps valley of Val Camonica, Italian photographer Dario Bonzi captured remarkable footage of mountain water flowing out of a pipe that appeared to be completely frozen.

Despite the illusion, Bonzi demonstrated several times that the water was indeed not frozen by placing his hands into directly the stream. This incredible phenomenon is caused by streamline (laminar) flow, which states that when low velocity liquid flows in parallel layers without lateral mixing or other interruptions, its presentation is very orderly and very still.

(translated) Immobile. It looks like ice but it’s flowing water! This is a rather rare fluid dynamic condition called STATIONARY LAMINAR FLOW, it is not a special effect, it is real. 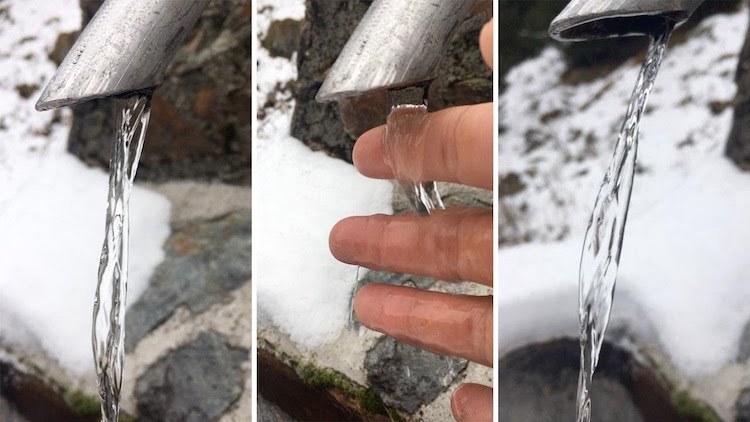