The latest episode of the PBS animated interview series Blank on Blank features guitar legend Jimi Hendrix sitting down with rock writer Keith Altham in London on September 11, 1970, just one week before his tragic death. In the interview he talks about the changing landscape of music, fashion and politics, without letting it get too serious.

There are too many heavy songs out there these days, the music is getting too heavy, almost to the state of unbearable. I have this one little saying, if things get too heavy, just call me helium, the lightest known gas to man.

The poignant humility and almost prophetic brilliance brought out in this interview painfully reinforces the fact that Jimi Hendrix died way too young.

Keith Altham: you talk quite a bit about audio visual importance, too. the importance of a having a film with your music. now are you thinking in terms of the days when we can fit a cassette into the side of our television and play music and a film together or, i mean,

Jimi Hendrix: yeah,a lot of people are making more money than they ever had nowadays–so when they get their flat they can, they always find themselves with an extra room. so like this extra room could be a whole audio-visual environment. they could go in there, you know just lay back, and the whole thing blossoms out with this color and sound type of scene. you can go in here and jingle out your nerves or something, you know. 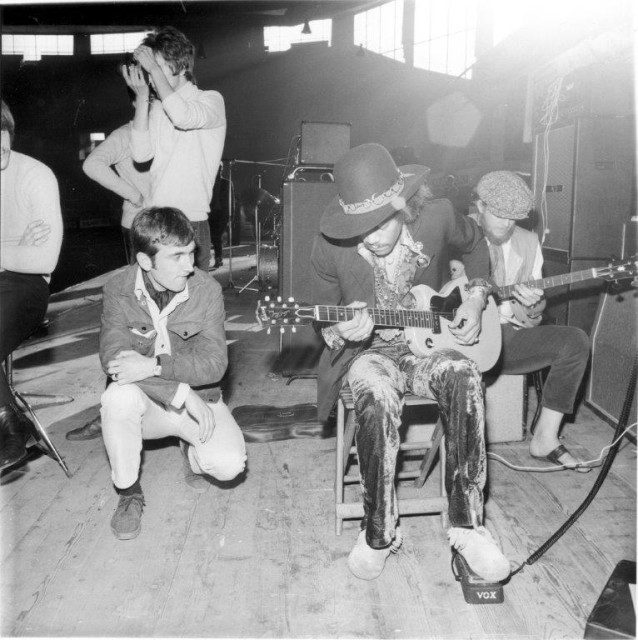 video and image via Blank on Blank