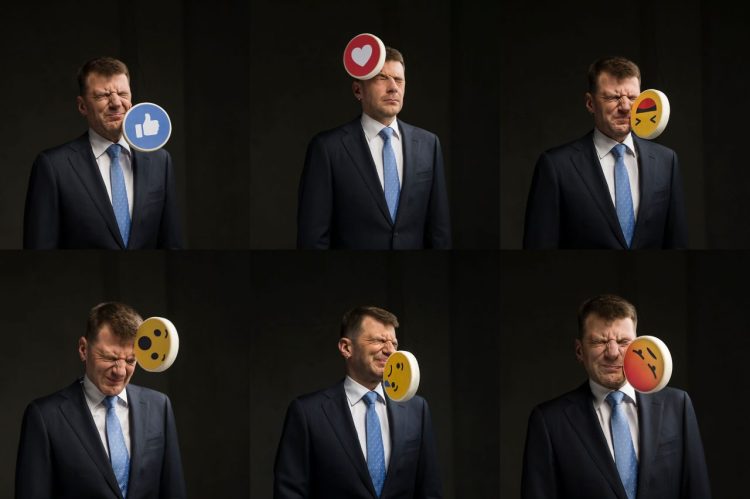 Lithuanian artist Tadas Maksimovas (previously) has created the Emotigun, a remote-controlled, slingshot machine gun that launches round tablets printed with a variety of the most popular emoticons at a person. Being that this machine was his idea, Maksimovas volunteered himself to be the test subject. Maksimovas suffered through the pain of the flying emoticons in order to make a point – would these images be so popular if they were physically hit us across the face?

The concept aims to pose the question as to whether or not we would still long for constant recognition online if we received it physically. Once the gun was assembled, it was tested in a huge warehouse of Creativity and Innovation Centre VGTU “LinkMenu fabrikas”. During the testing, Tadas took around 200 emoji hits to the face, which, incidentally enough is the most “likes” he has ever received.

The prototype for the Emotigun was developed by Jorg Sprave (previously) of The Slingshot Channel. 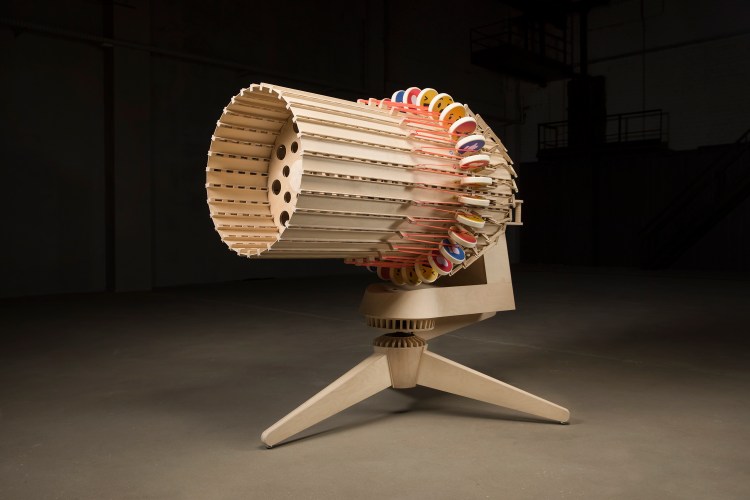 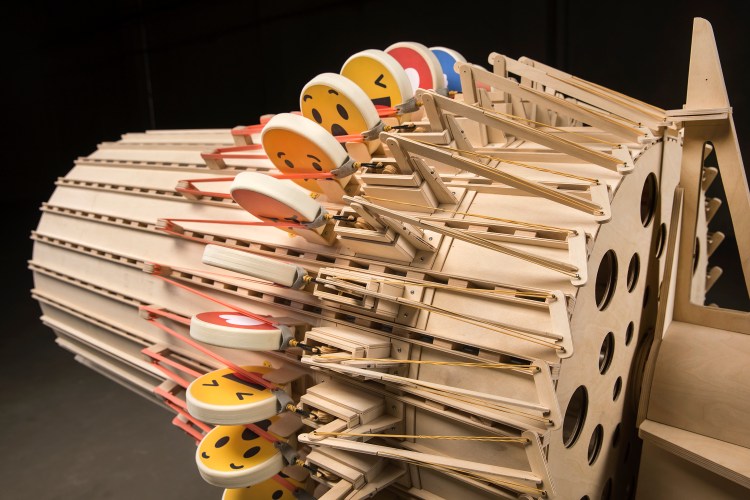 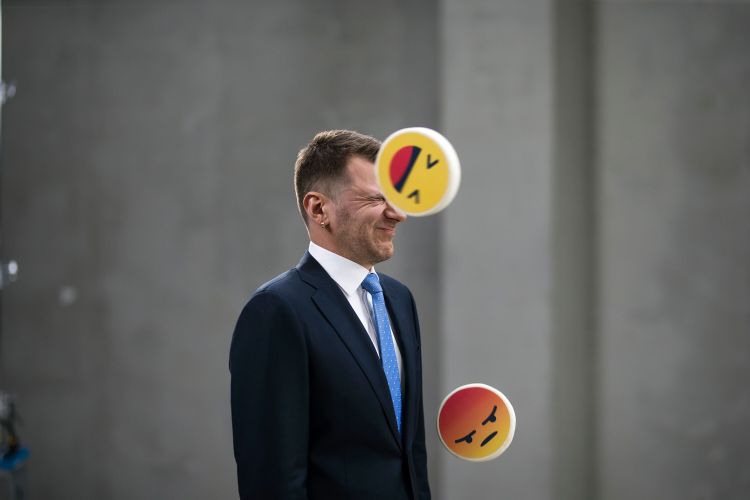 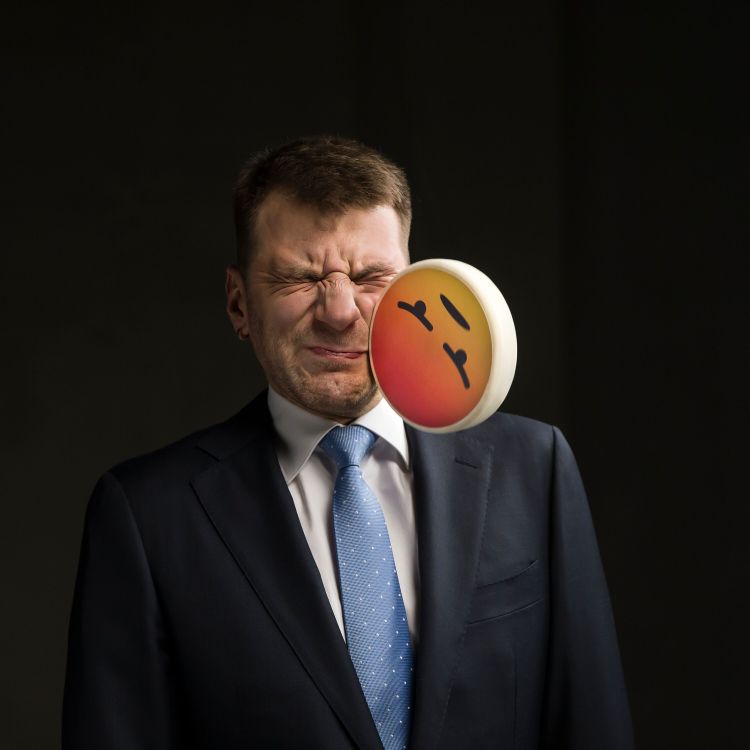 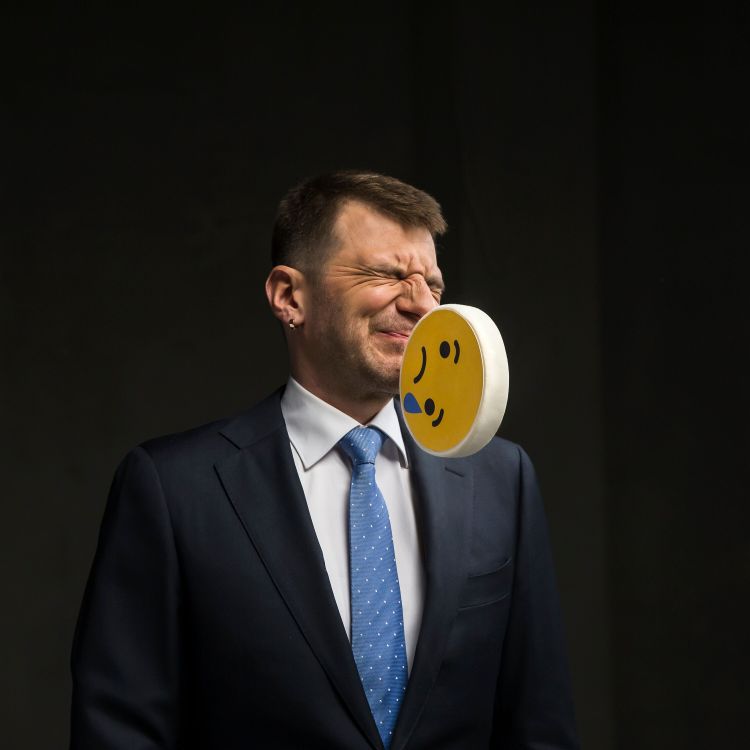 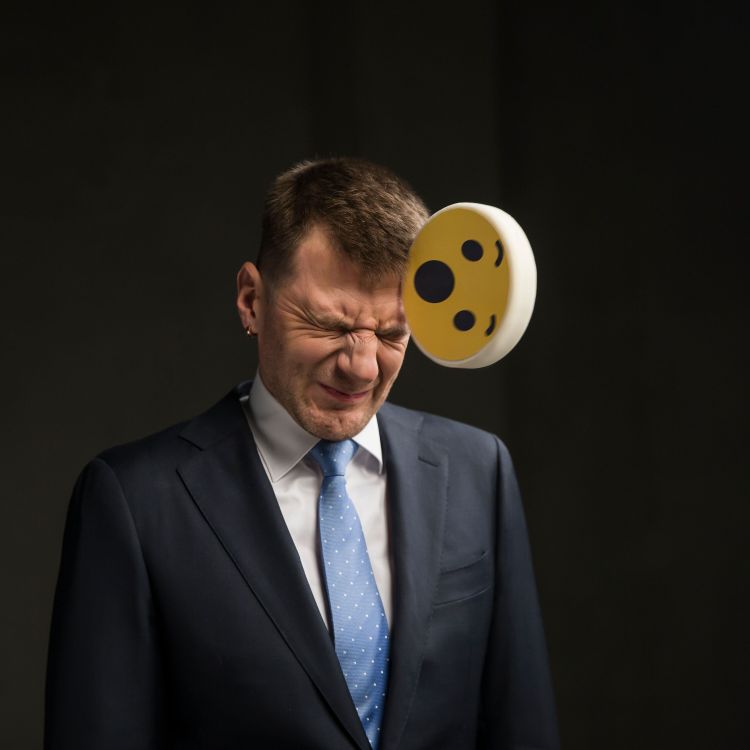 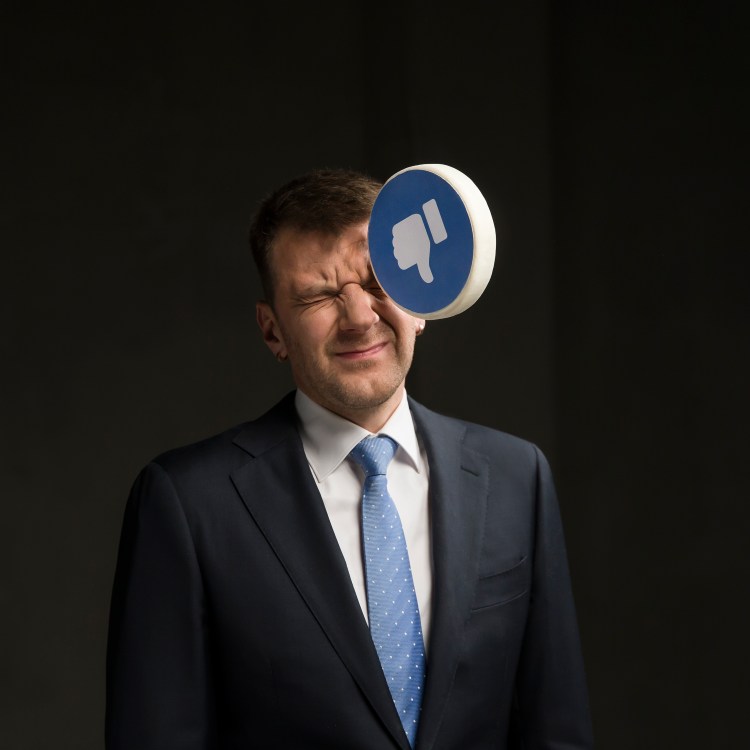 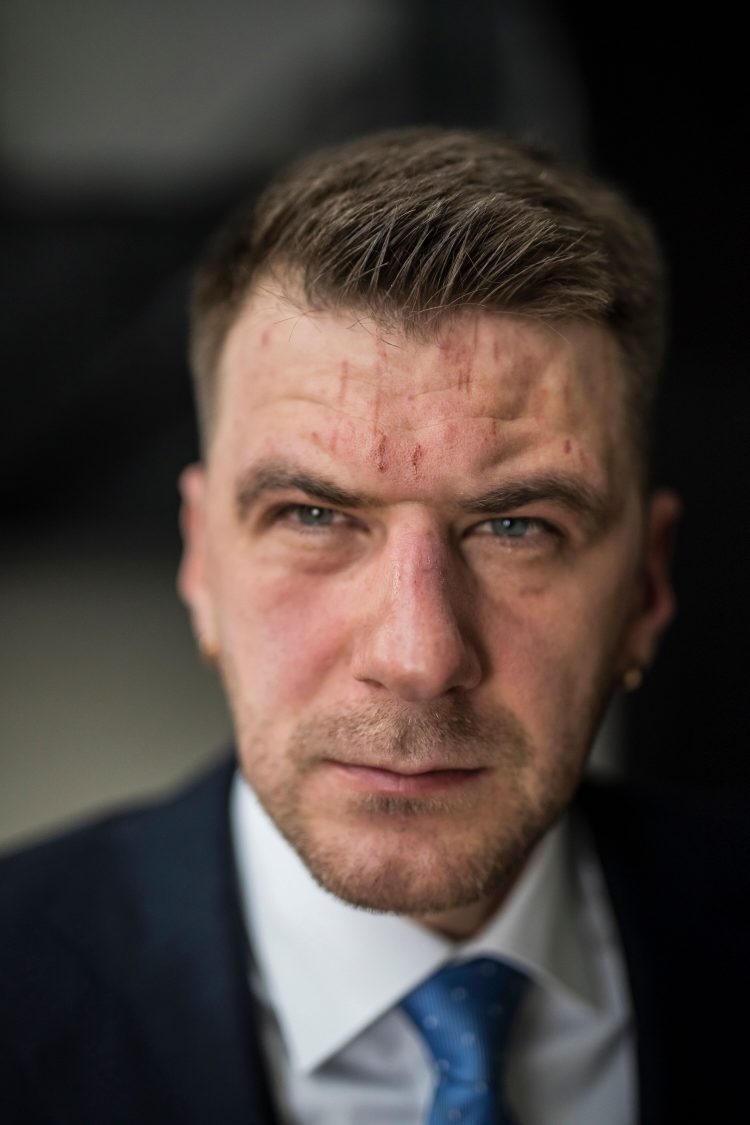 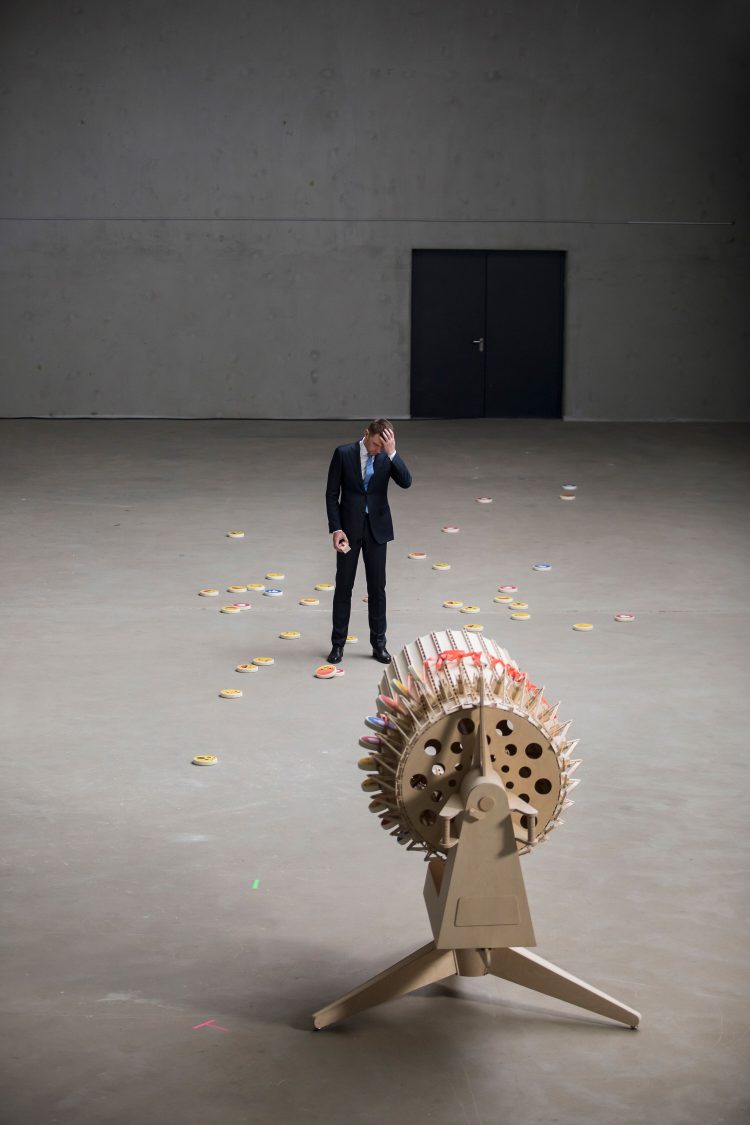