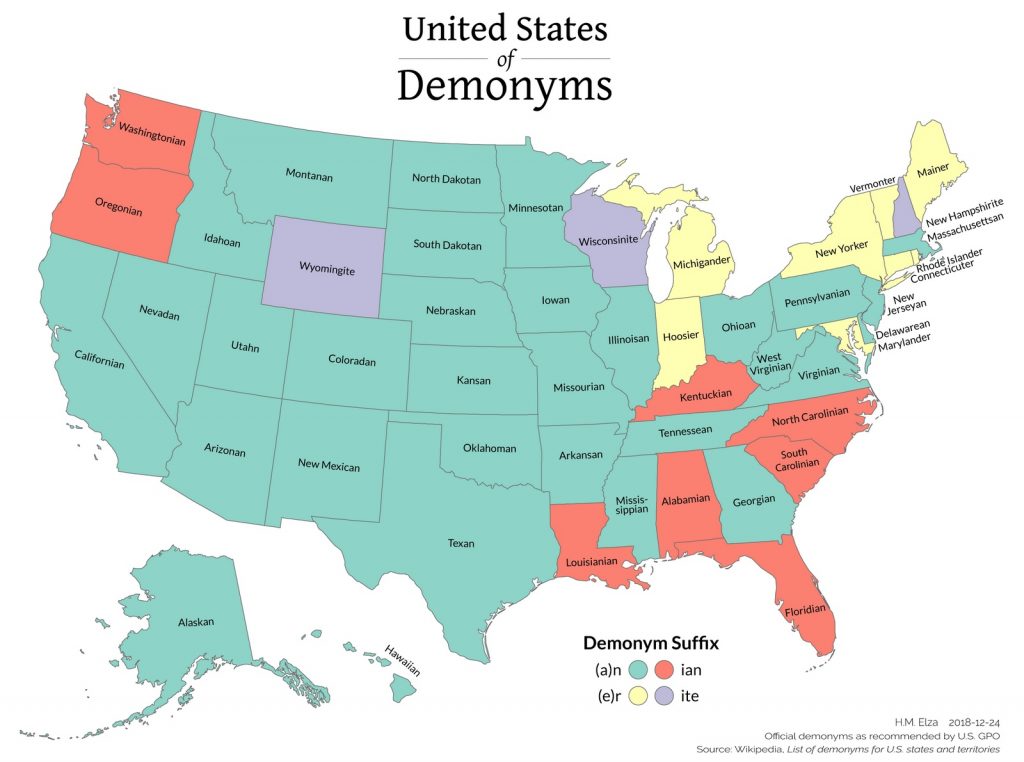 Alex Egoshin of Vivid Maps created a handy maps that show the proper names for citizens of each US state and Canadian province. These names, known as demonyms, are determined by the United States Government Publishing Office and the Translation Bureau in Canada.

A demonym is a word that names citizens of a specific place, generally obtained from the name of the area. Demonyms don’t always obviously distinguish region of origin. For instance, Hoosier is the official demonym for a resident of the state of Indiana. In some languages, a demonym may be adopted from another language as a descriptive attribute for a group of people. For instance, “Québécois(e)” is usually used in English for a resident of Quebec. 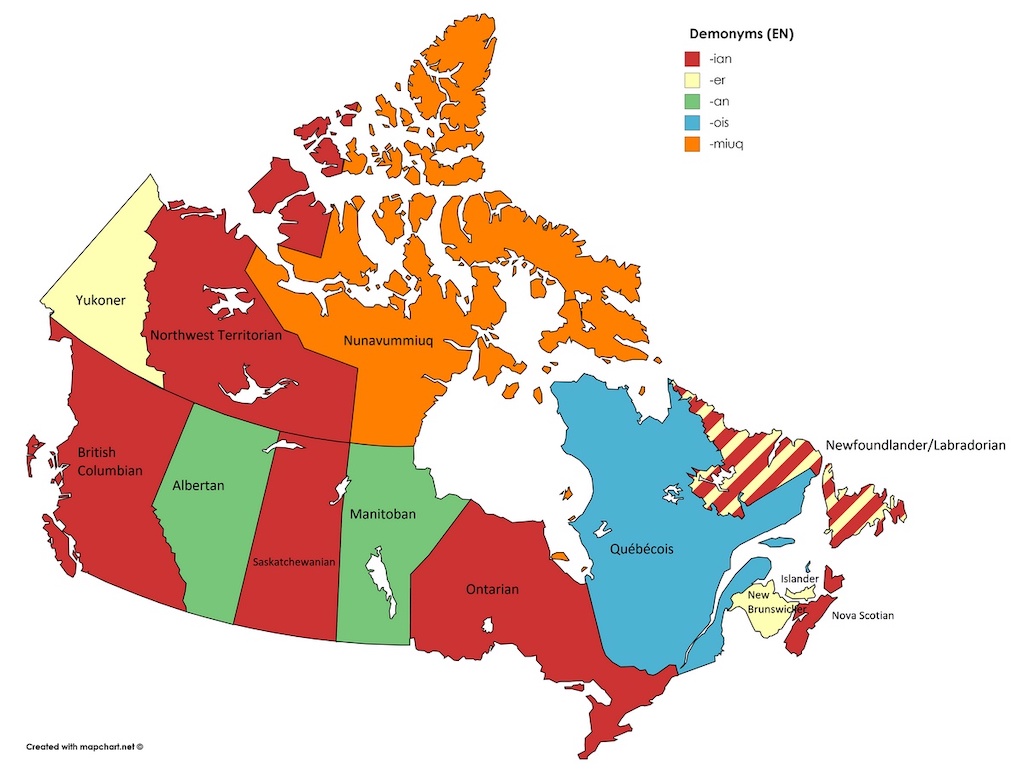 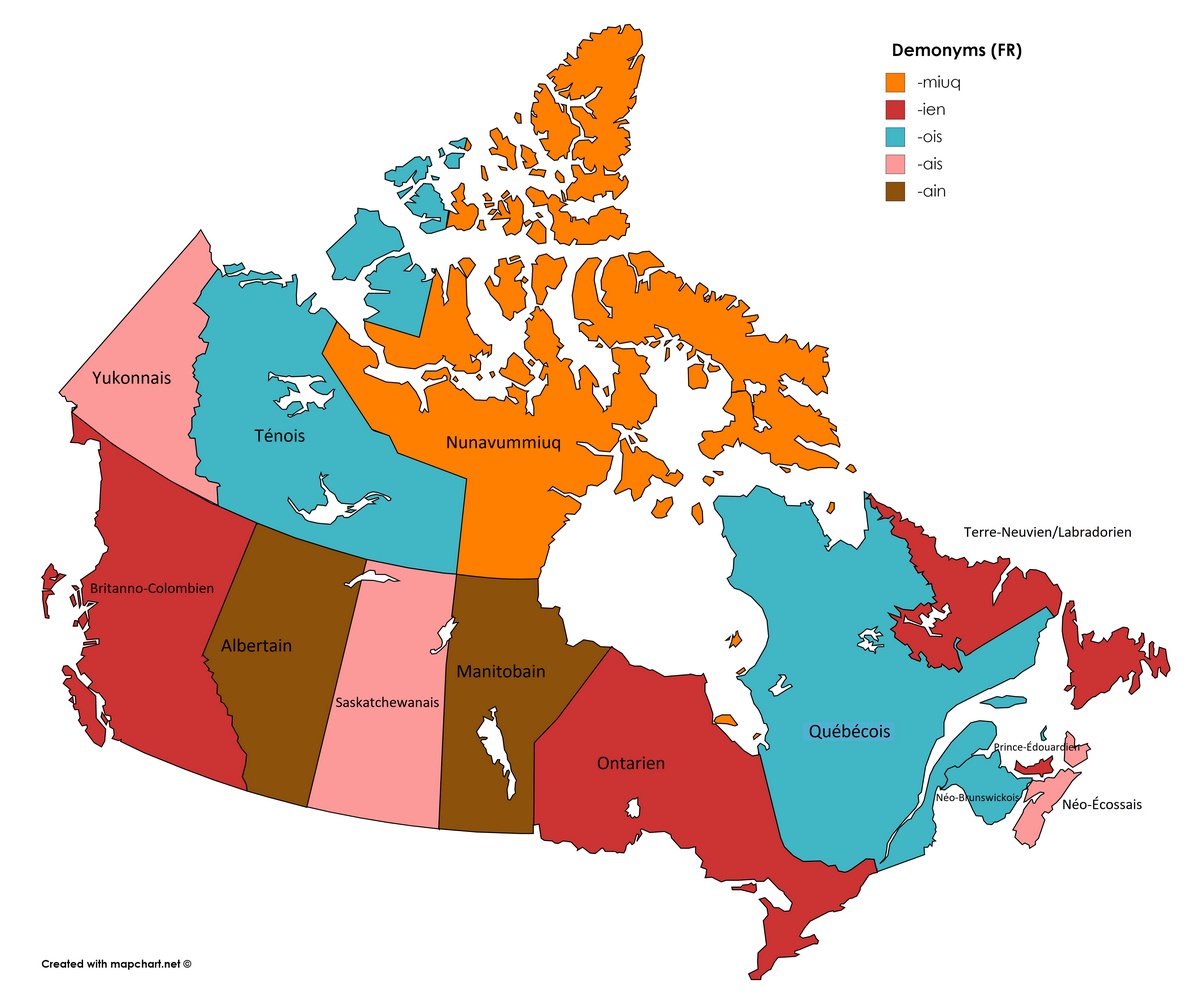