In the spirit of the holiday season, musician Aaron Gage performed a surprisingly seamless live mashup of the lyrics from the classic Christmas carol “Deck the Halls” with the distinctive audio track from the iconic Black Sabbath anthem “War Pigs”. Gage played every instrument on the track and performed all vocals.

Trust me when I say I chose the best part of both songs where they sync up like this. The words and match ups only go so far in an 8 minute long song. I worried it might go stale of using too much of it, which may have resulted in overkill. 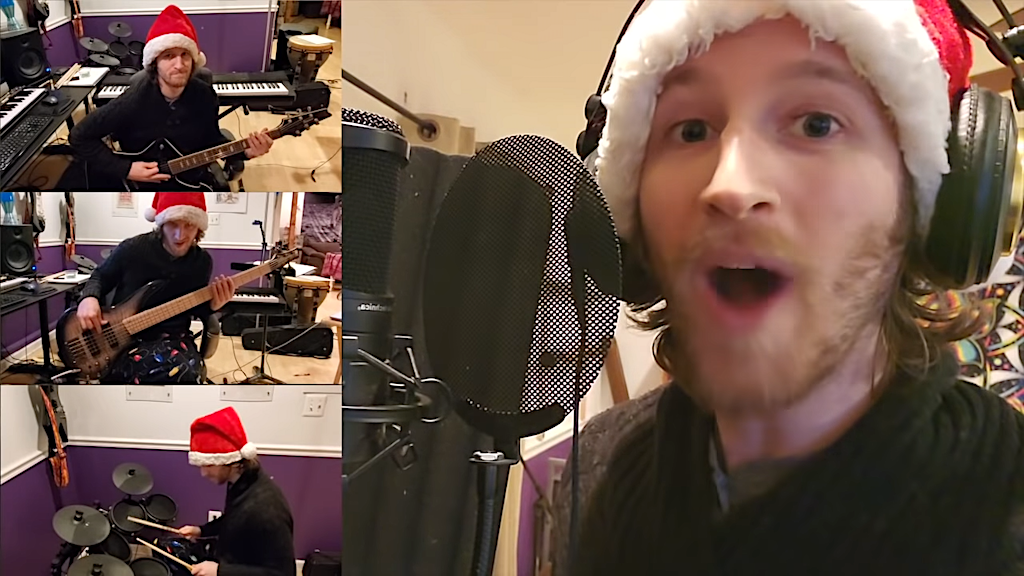 Gage stated he recorded this when he discovered that the songs sounded good together because they match each other rhythmically. And they do, despite the fact that the songs are in slightly different keys – the former in E♭ major and the latter in E minor, respectively.

I’ll bet you never realized how rhythmically similar the lyrics to these 2 songs work out. So here’s a little clip of me mashing them up together! To those asking for a longer version, I made this as a quick fun little project in about 2 hours after noticing the similarities between the 2 songs.