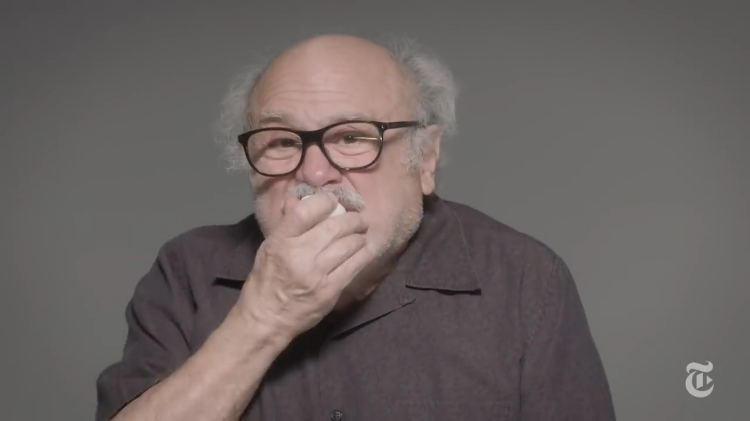 In 2017 actor Danny DeVito starred in a Broadway production of the 1968 Arthur Miller play The Price as a used furniture dealer who haggles with a grieving son Franz (Mark Ruffalo) over the price of the furniture left behind by his deceased parents.

In this role, DeVito was required to peel and eat a hard boiled egg every night (without any water) and demonstrated for The New York Times how he was able to do it while still clearly reciting his lines.

Danny DeVito gives an acting class on how he eats an egg while still clearly delivering lines in the play ‘The Price’ by Arthur Miller, now on Broadway.