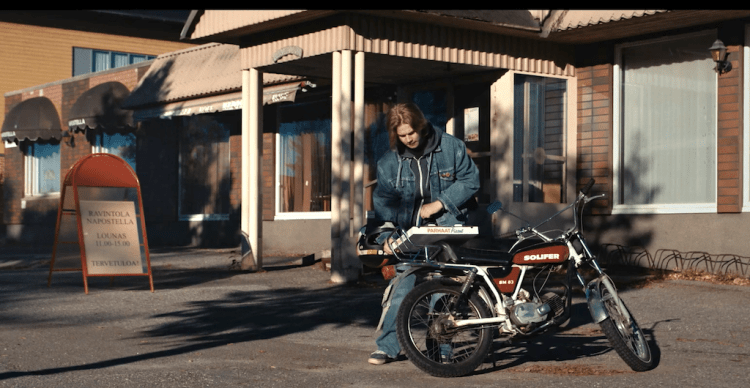 “Fantasy” is a hopeful short film by Finnish director Teemu Niki that tells the story of a teenager who lives in the countryside and whose meals repeatedly consist of potatoes. Tired of these repetitive meals, the teen begins collecting bottles to raise money for a pizza like the one he saw in an ad in his father’s newspaper. He goes to town on a motorbike to cash in his bottles and to finally buy his hard-won pizza. Unfortunately, neither the elements nor circumstances saw reason to cooperate with the boy’s mission to bring that pizza home.

A country boy doesn’t want to eat potatoes. He wants something more exotic.

Nikki told Vimeo Staff Picks that he based the film out of his childhood home and modeled the characters after those who knew.

All the characters are more or less based on real people…I guess the biggest challenge was working in my childhood village. Everything went well, but it was very strange to return home as a film director. We also had some trouble with the falling pizza. The jacket was wet and too tight for the pizza to fall. Of course, it was very cold at the same time and our actor was freezing. In the end, we needed to build a slippery plastic box for the pizza.