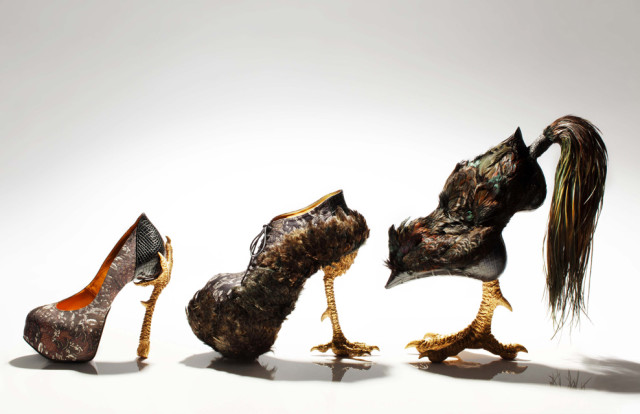 The Bird-Witched collection was inspired by Jakuchu Ito, a legendary painter who flourished during the Edo period in the 18th century. He depicted real life animals such as birds, tigers, and elephants in a really ingenious way, tinged with a bit of insanity. His realist aesthetic encouraged me to put emphasis on the details of the shoes, which resulted in unique collaborations that used historical Nishijin-ori textiles by Hosoo in Kyoto, or exquisite statuesque heels by Japanese sculptor Takashi Nakamura. Three pairs of shoes are covered with feathers, giving them a mysterious, iridescent texture. – Blouin Art Info

The collection will be on display during the “Killer Heels” exhibition at the Brooklyn Museum from September 10, 2014 through February 15, 2015. 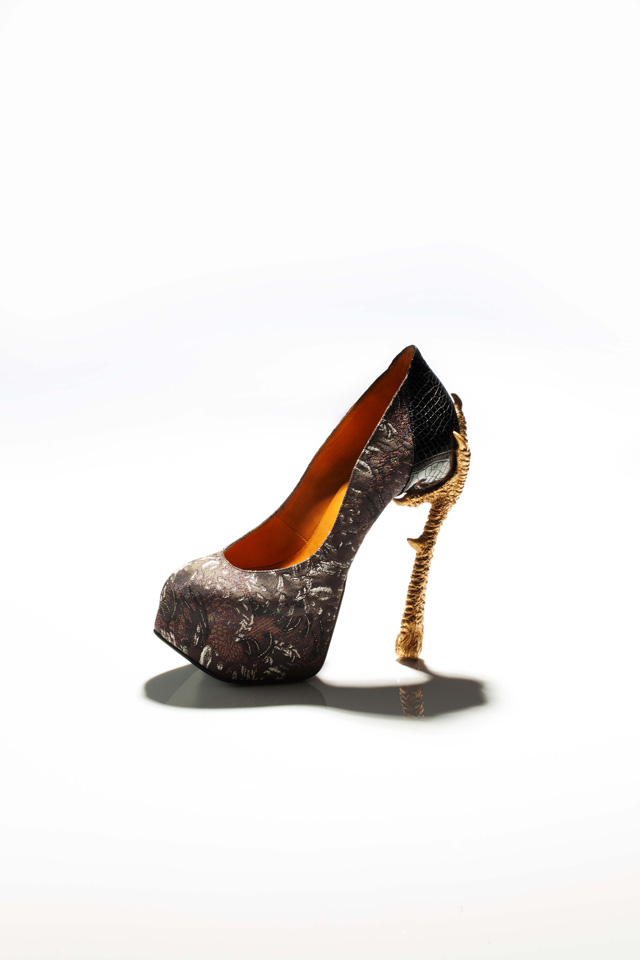 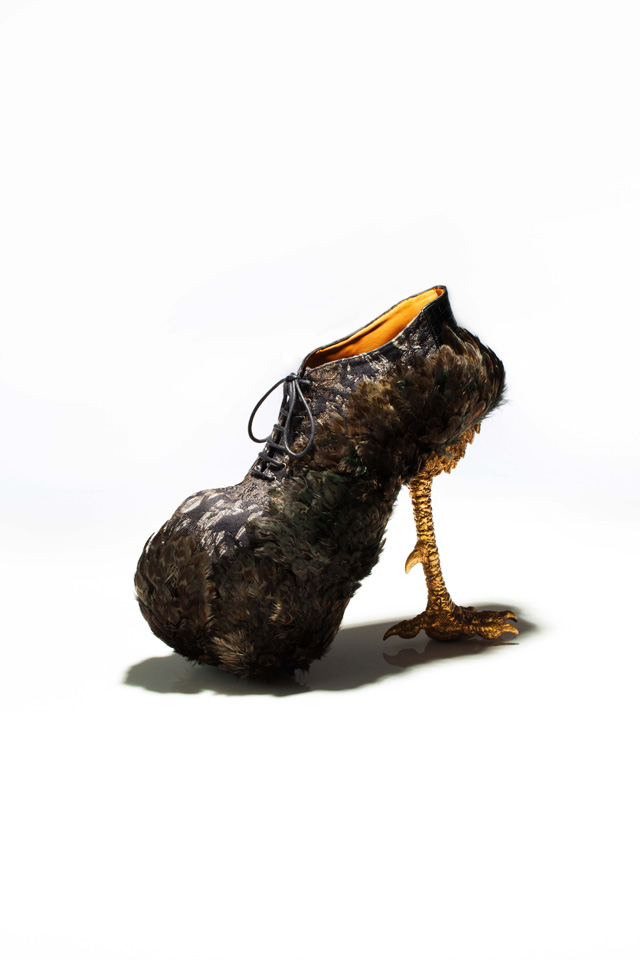 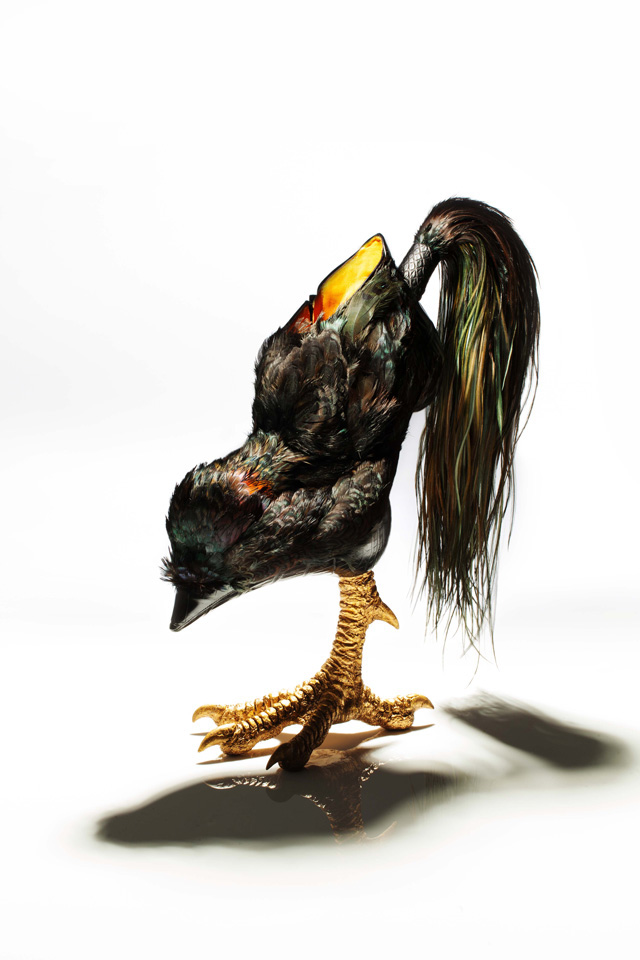