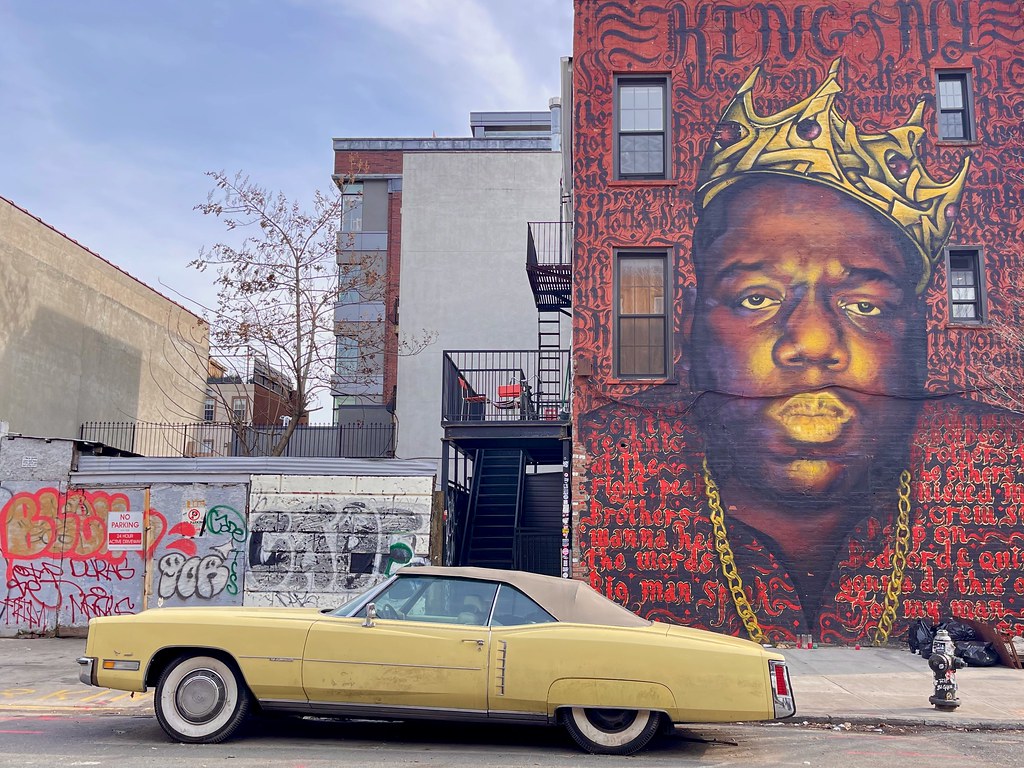 At the corner of Bedford Ave and Quincy Street in the Bedford-Stuyvesant neighborhood of Brooklyn sits an incredible 38-foot mural created in 2018 that pays eternal tribute to native son Biggie Smalls aka The Notorious B.I.G..

The mural marks the exact location of his legendary freestyle battle with Supreme in 1989 when he was only 17 years old, thus crowning him the “King of New York”. The mural has been used as a background to a number of film and television projects in Biggie’s honor.

Here’s Biggie’s legendary performance from when he was 17.