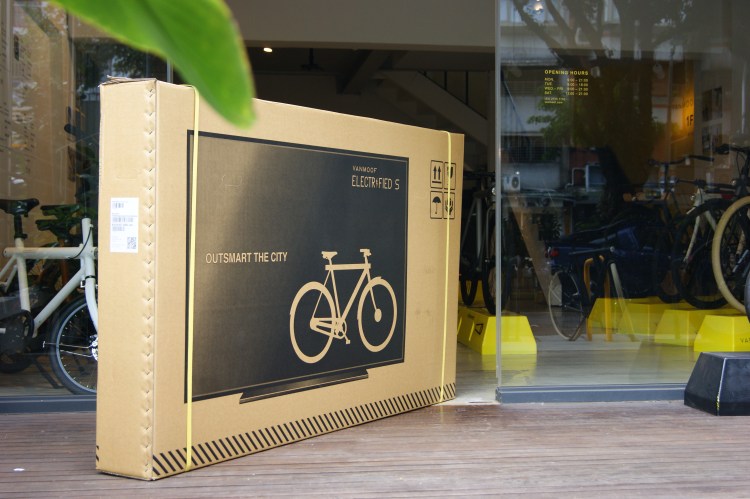 VanMoof, the maker of beautifully modern bicycles quickly grew their business from “tiny Amsterdam bike-maker to global city-cycling company”, they realized that they would need to address shipping concerns. Despite many earnest attempts toward damage-free shipping, nothing seemed to work. That is, until one of the founders came up with a truly great idea.

Since we started shipping bikes eight years ago, here at VanMoof we’ve struggled to find shipping partners that give our bikes the same obsessive love and care that we do.
Trust us, we’ve tried them all. …Earlier this year our co-founder Ties had a flash of genius. Our boxes are about the same size as a (really really reaaaally massive) flatscreen television. Flatscreen televisions always arrive in perfect condition. What if we just printed a flatscreen television on the side of our boxes? And just like that, shipping damage to our bikes dropped by 70–80%.

We were hoping to keep this one secret, but @jasongay had different ideas. Just don't tell FedEx team. https://t.co/UZfzscDSQV