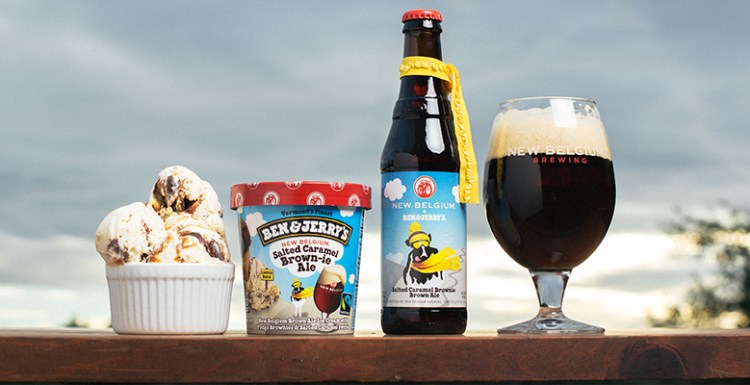 Ben & Jerry’s Ice Cream and New Belgium Brewing, both B-Corporations, announced today that they’ve partnered together to create an ice-cream and an ale that share the same sweet/savory theme – Salted Caramel Brown-ie ice cream and Salted Caramel Brownie Brown Ale. The proceeds for both cold treats will go towards Protect Our Winters (POW), an organization working to stem climate change.

Ben & Jerry’s and New Belgium Brewing have been climate activists for as long as they’ve been crafting delicious ice cream and beer. After all, ice cream is best served frozen, and nothing compares to an ice-cold beer. Along with Protect Our Winters, we’re asking everyone to contact their governor and urge them to support the historic Clean Power Plan, the EPA’s first-ever regulation of carbon pollution from coal-fired power plants. Let’s keep our mountains snow-capped and ready to ride! 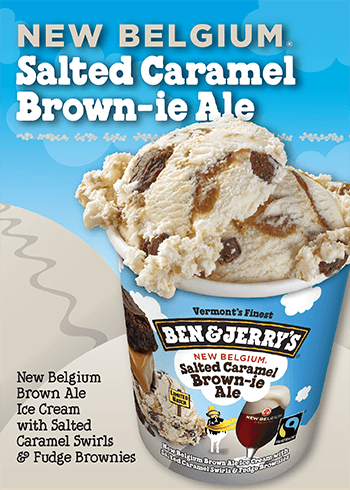 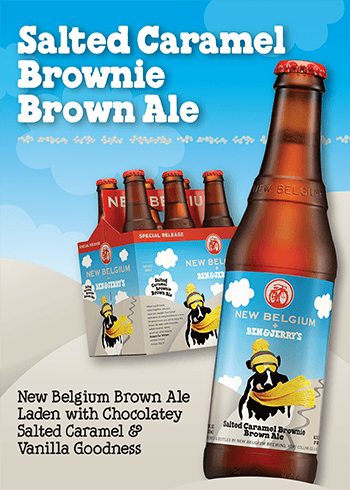 We’ve teamed up with @newbelgium to offer a sweet collaboration that even we can’t resist. https://t.co/ovSxrxfYGI pic.twitter.com/qAHe6q7Ww6