In celebration of both Halloween and the 50th Anniversary of the Apollo 11 mission, a really creative set of parents dressed their two kids up in NASA themed costumes. Younger daughter Elle was dressed up like an astronaut complete with a yellow-screened helmet and American flag. Older daughter Charlie was dressed as a detailed lunar module with a handy candy input port. Though the costume appeared complicated and heavy, it was made of foam and held in place by shoulder straps.

Charlie enters the costume by crawling underneath and there is a pair of shoulder straps that she uses to lift the entire costume. The costume looks heavier than it is — it’s almost entirely made of foam and foamboard. The front hatch magnetically closes and magnetically stays open, and doubles as a candy sample input port. 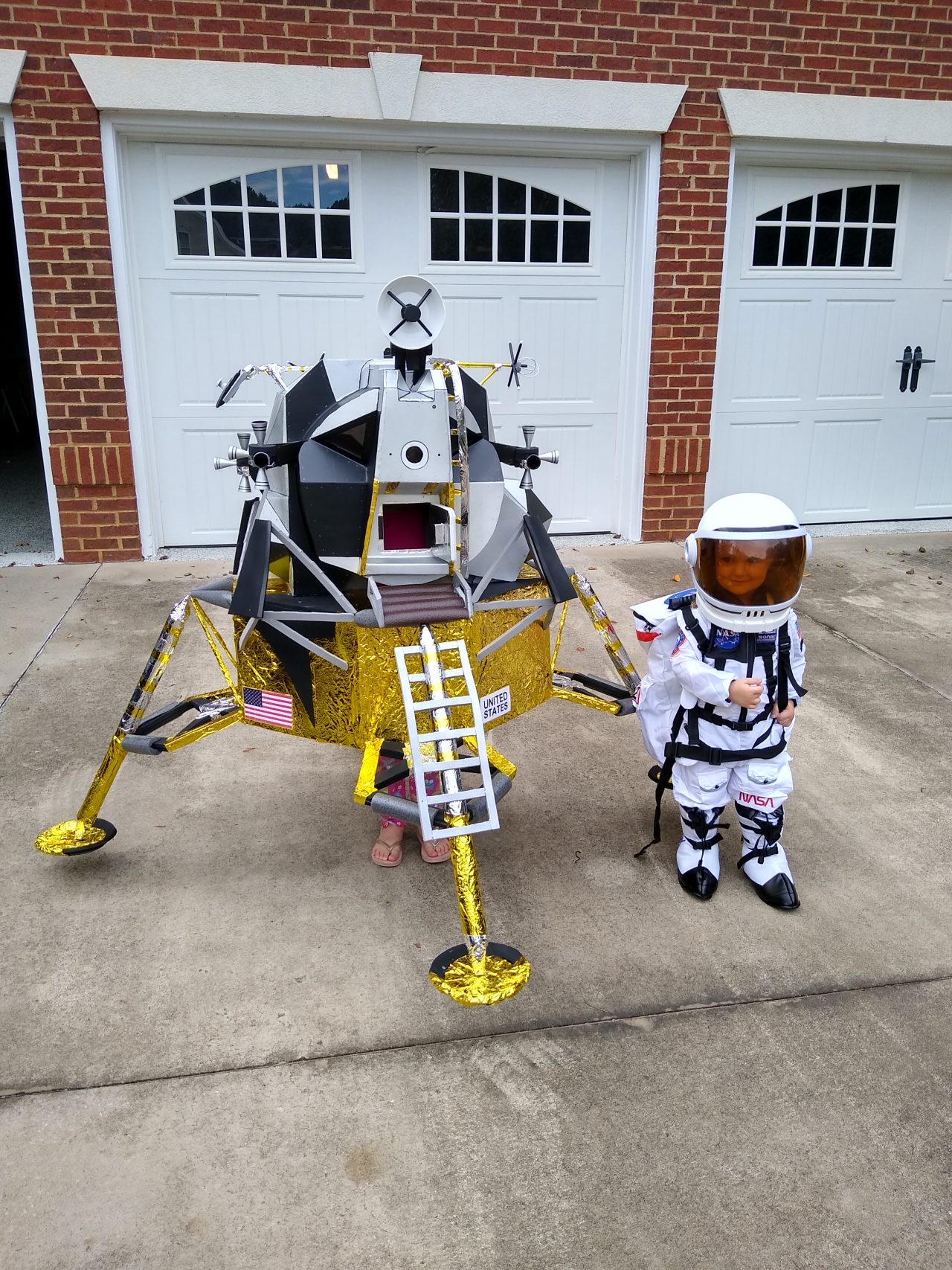 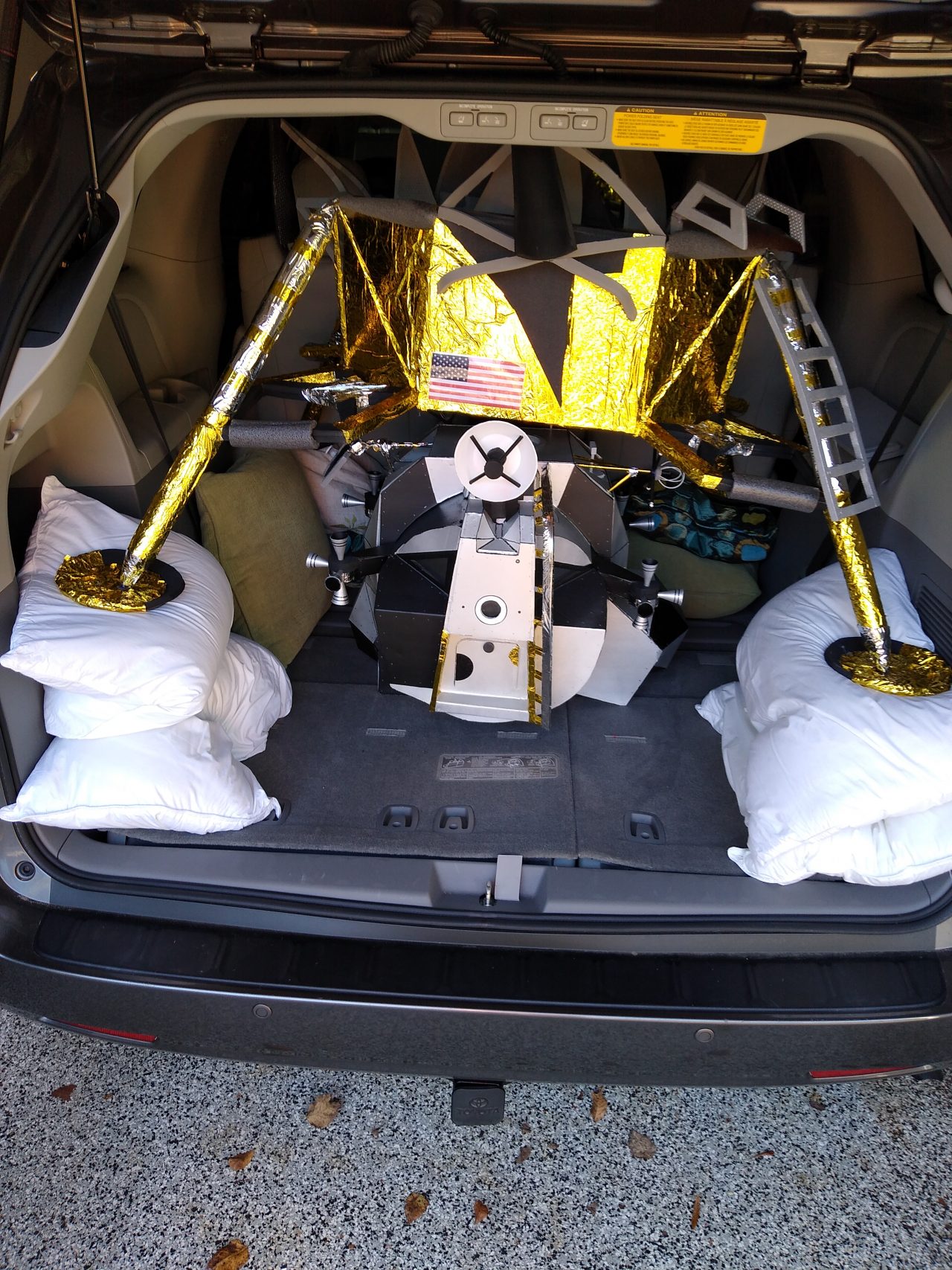 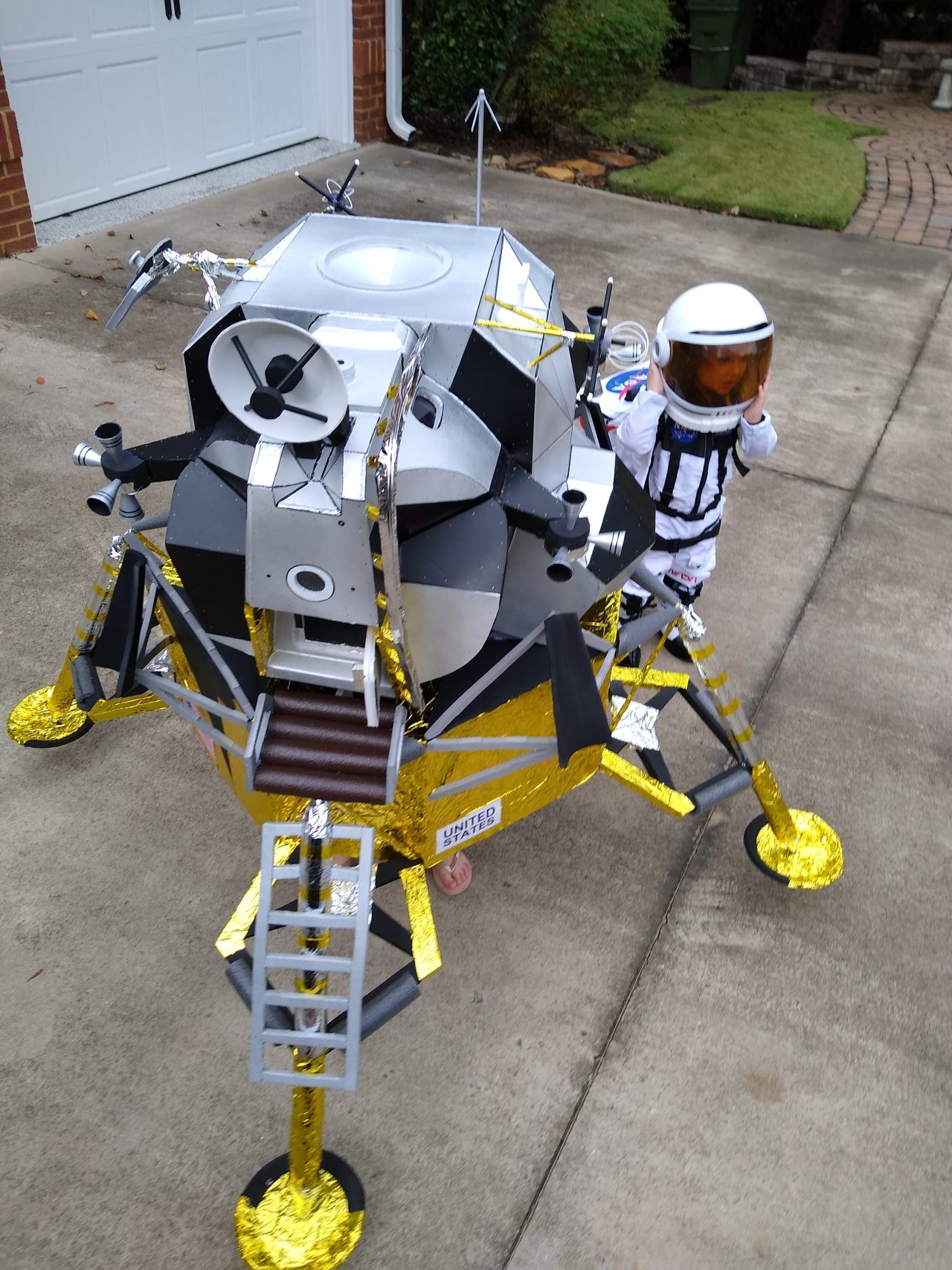 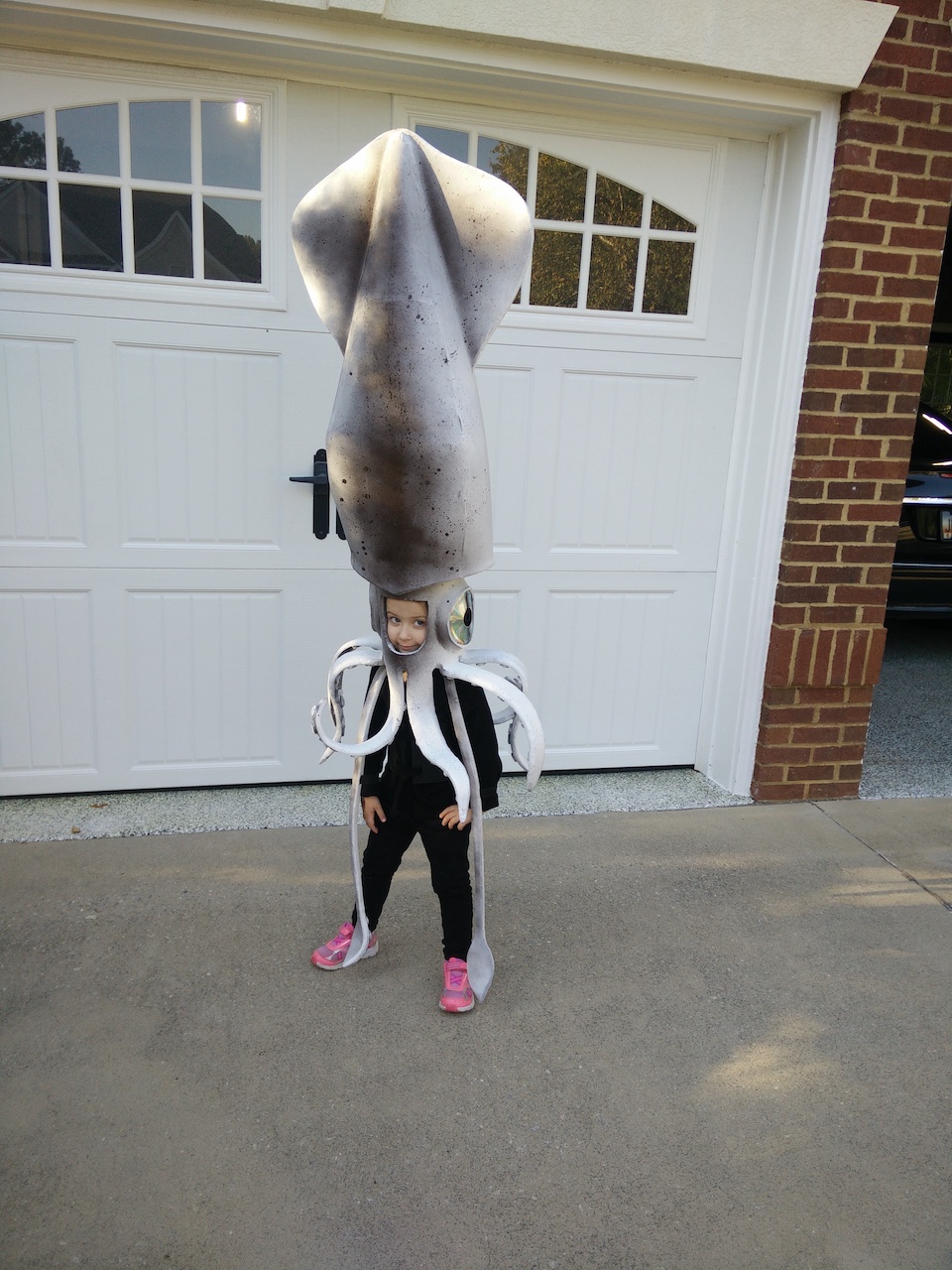 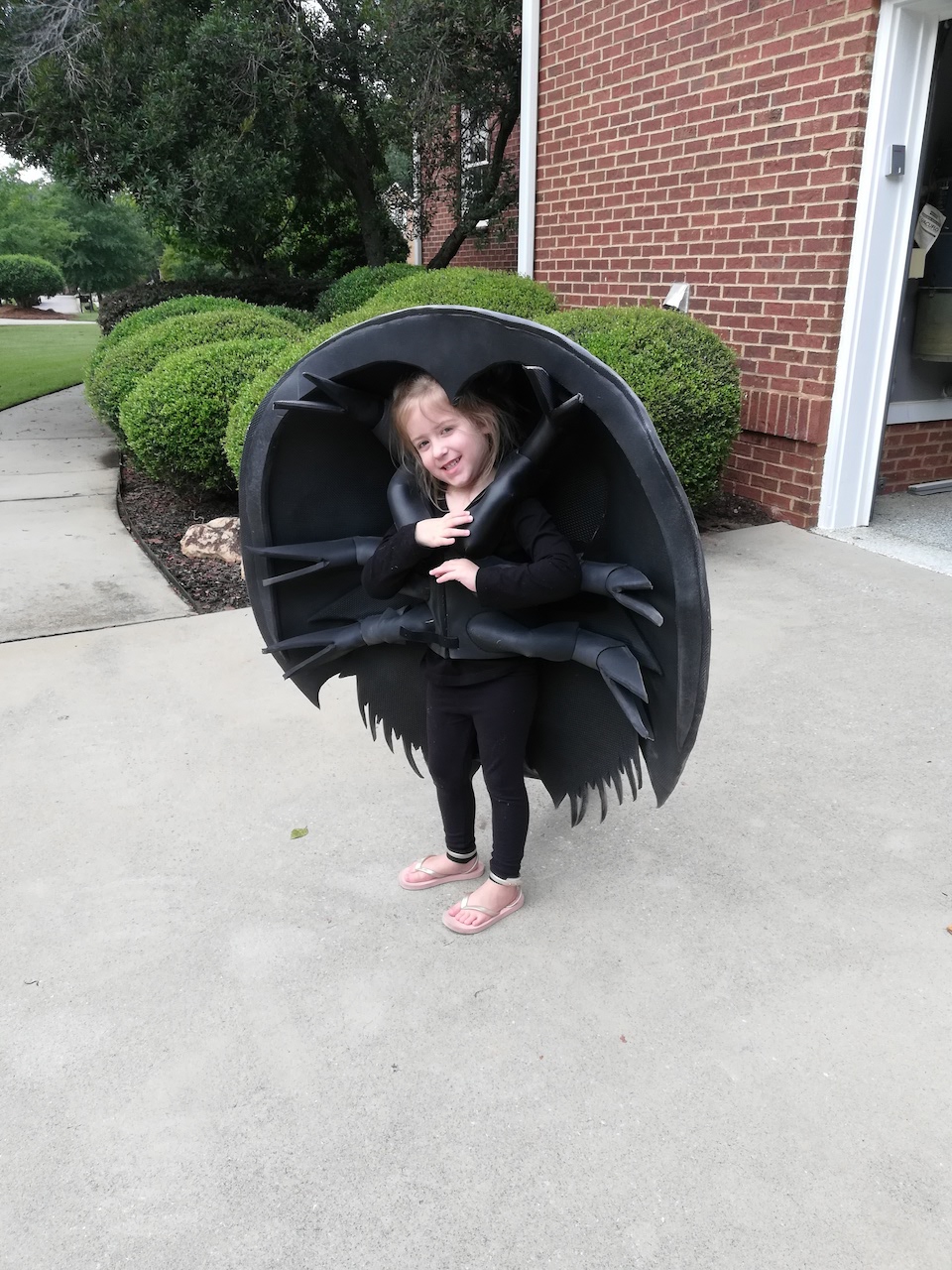 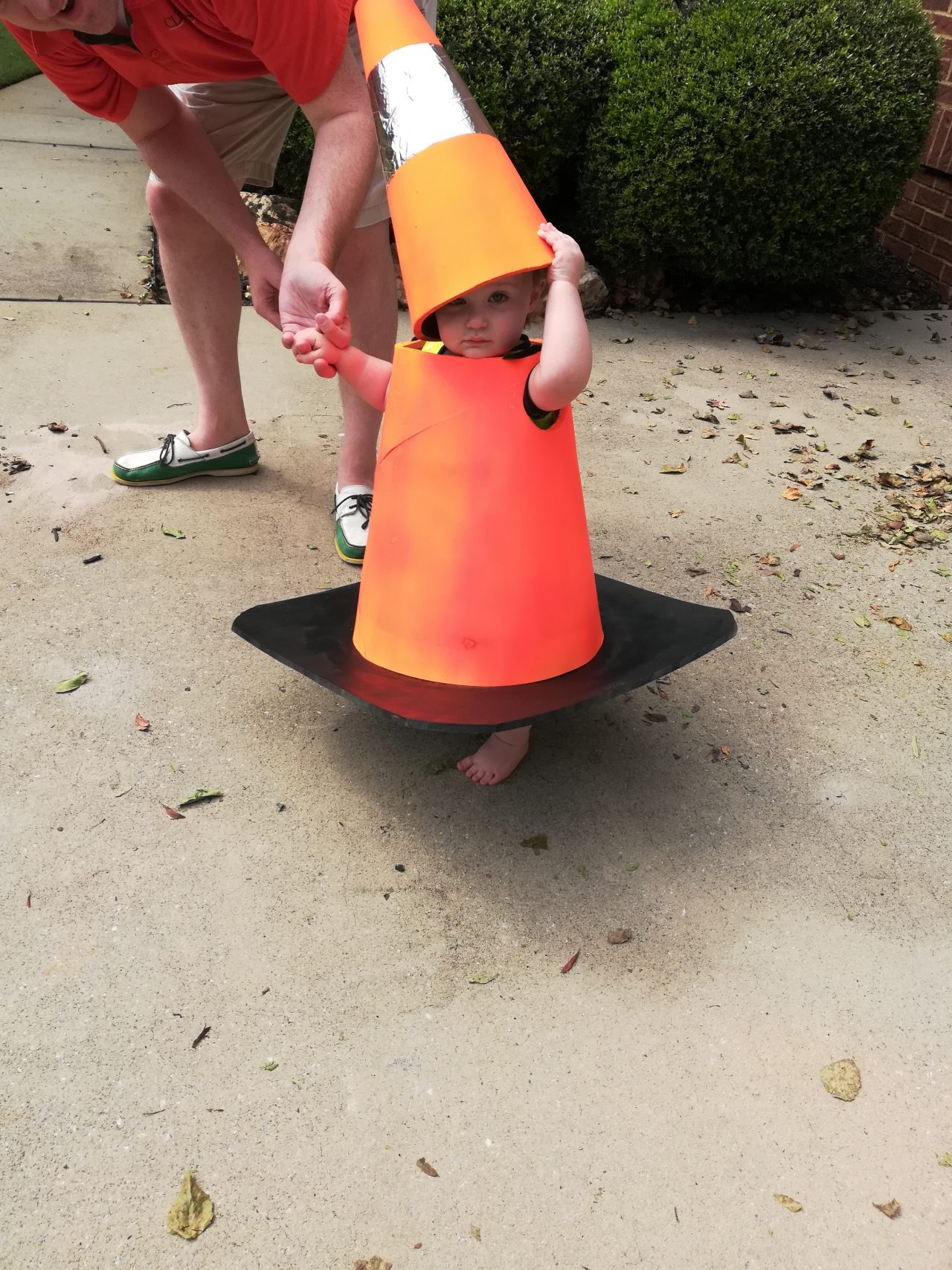