In a towering Ted Ed video essay written by Alex Gendler (previously) and animated by Wow How Studios, narrator Addison Anderson explains the revolutionary architectural design behind the construction of the Burj Khalifa in Dubai. The building stands at an incredible 828 meters (2,716.54 feet) high and considered the tallest skyscraper in the world.

For early skyscraper design, architect Fazlur Rahman Khan came up with the idea to swap out the building’s internal support for an exoskeleton made of steel and concrete. This would not only make the building lighter but also reduce building sway. Khan called this method “Tubular Design”. In 2004, architects from the late Khan’s firm designed this incredible landmark by taking Khan’s ideas even further.

This building took Khan’s exoskeleton design one step further, with a central column supported by three protruding wings. Each wing’s weight carries the other two, while the heavy concrete core acts as a support beam, that also houses the building’s elevators and mechanical infrastructure. This design, called the buttressed core, allowed the entire structure to work as a single load-bearing unit, supporting the building’s 73 stories. 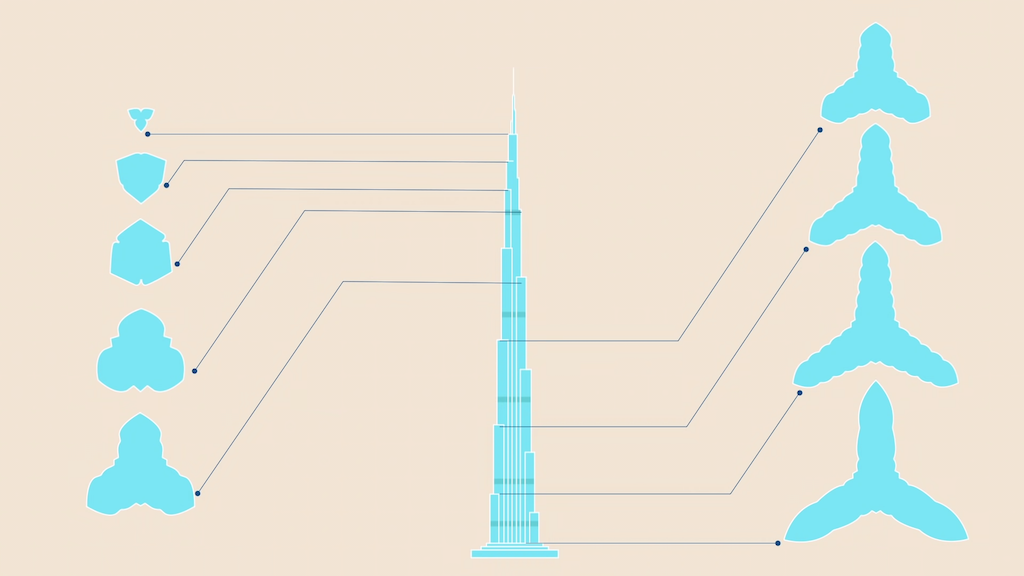