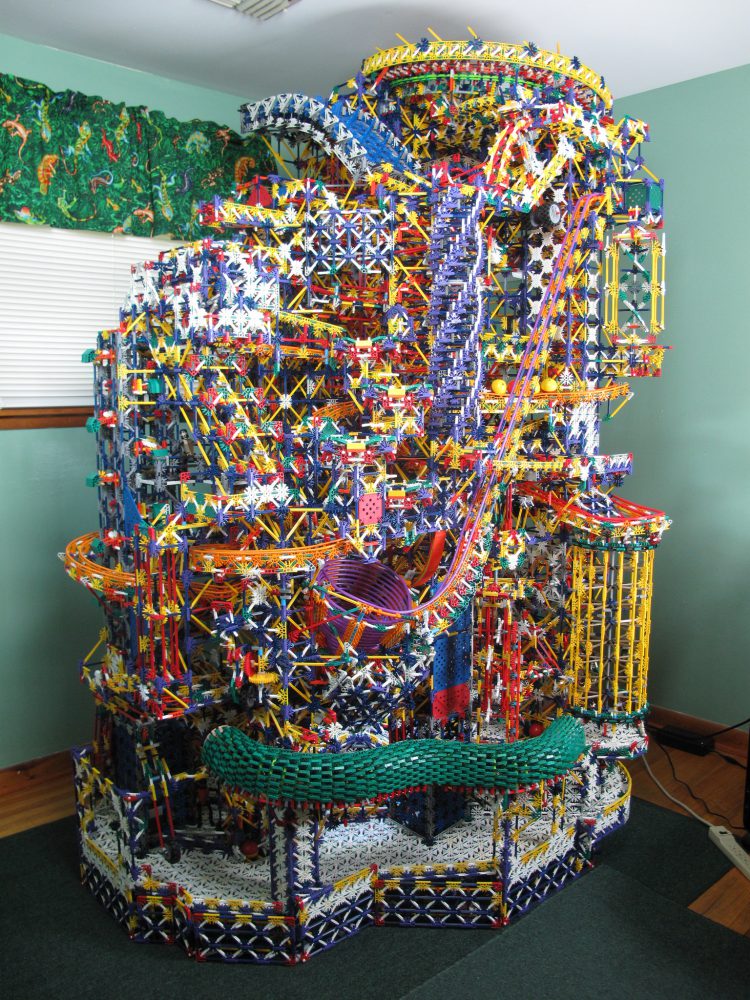 After 3 years, my Knex ball machine Citadel is finally finished! This machine features more than 45 new elements, 5 different lifts, and 2 new path separators that separate into 17 paths. It’s also themed, with Knex men all over the place working on it, giving it a factory-type feel with catwalks and stairs. There are 3 total motors, one of which powers all 3 floor lifts. The actual time it took to build is one year, there was just a long break in between. All of the paths (except one) were built in 6 months, starting in December 2015. 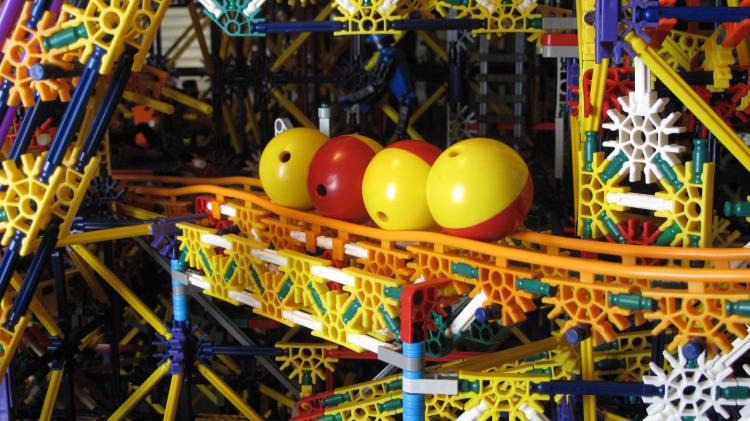 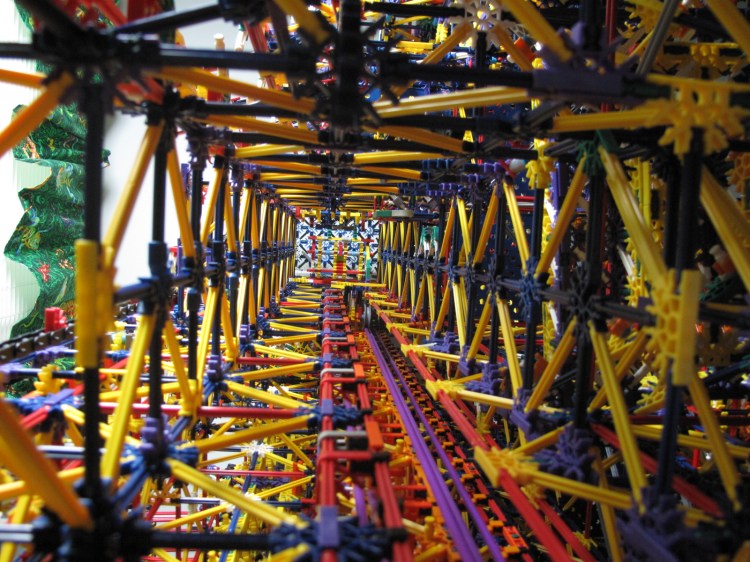 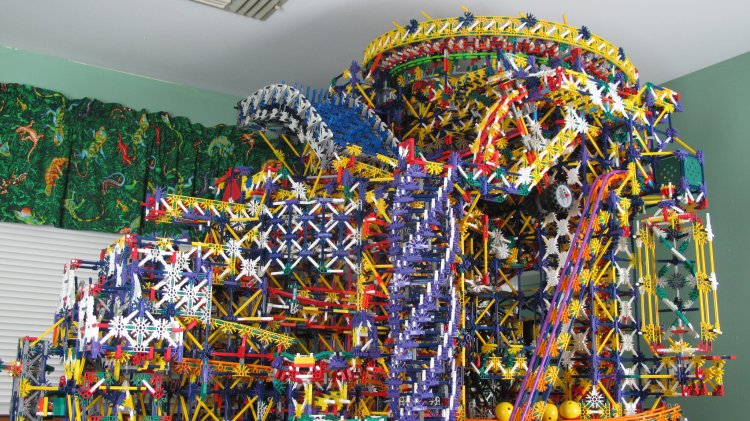