An incredibly strong and acrobatic dog named Ozzy skillfully performs an amazing “handstand,” a trick in which he balances his entire body on a taut blue rope using only his front paws. According to his human, Ozzy has been practicing this trick for almost two years.

so after working on this trick for the best part of 2 yrs, OzzyDog has finally cracked it, and done a full handstand on rope, we are practising in loads of different locations, so his confidence builds, this was taken along the river in norwich on one of our favorite walks. 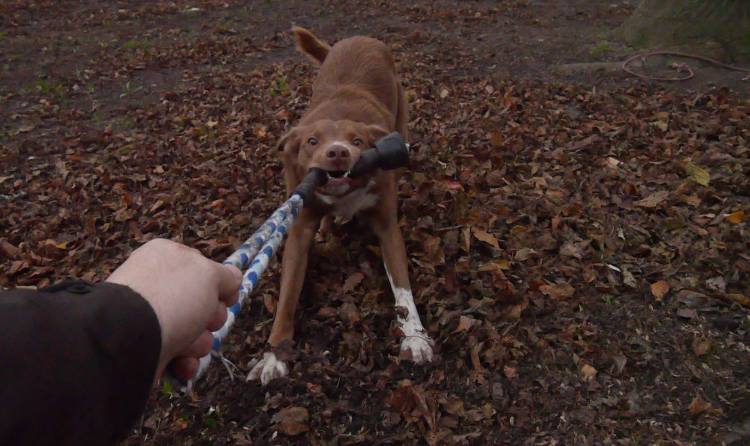