In a noble effort to provide information helpful to current times, director Marshall Curry from Field of Vision gathered historical footage from various different archives to create the short film “A Night at the Garden“. This disturbing and difficult film spotlights that night in 1939 when the German American Bund (Nazi) gathered at Madison Square Garden in the heart of New York City to proclaim their patriotism as German-born Fritz Kuhn called for a return to a “white, gentile-ruled United States” with “gentile-controlled labor unions free from Jewish Moscow-directed domination.” Concerned about what was being said, a young Jewish protester named Isadore Greenbaum jumped onto the stage where he was savagely beaten, stripped of his trousers and fined for disrupting the peace. Curry explained why he felt the need to make this film because this shameful event seemed to have been erased from American memory.

The footage is so powerful, it seems amazing that it isn’t a stock part of every high school history class. But I think the rally has slipped out of our collective memory in part because it’s scary and embarrassing. It tells a story about our country that we’d prefer to forget. We’d like to think that when Nazism rose up, all Americans were instantly appalled. But while the vast majority of Americans were appalled by the Nazis, there was also a significant group of Americans who were sympathetic to their white supremacist, anti-Semitic message. When you see 20,000 Americans gathering in Madison Square Garden you can be sure that many times that were passively supportive.

My new 7-minute doc about a shocking rally at MSG that was probably left out of your history books. Now online via @fieldofvision. https://t.co/iYbJpAXvKY

Historical photos of that shocking night in the United States. 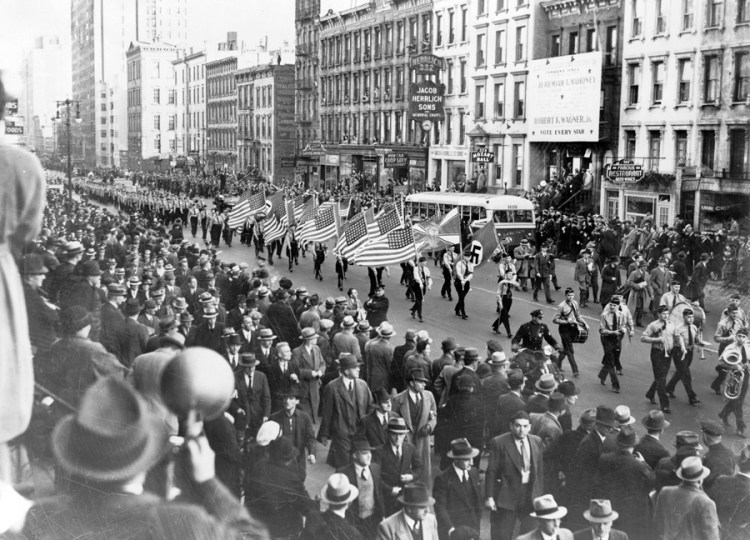 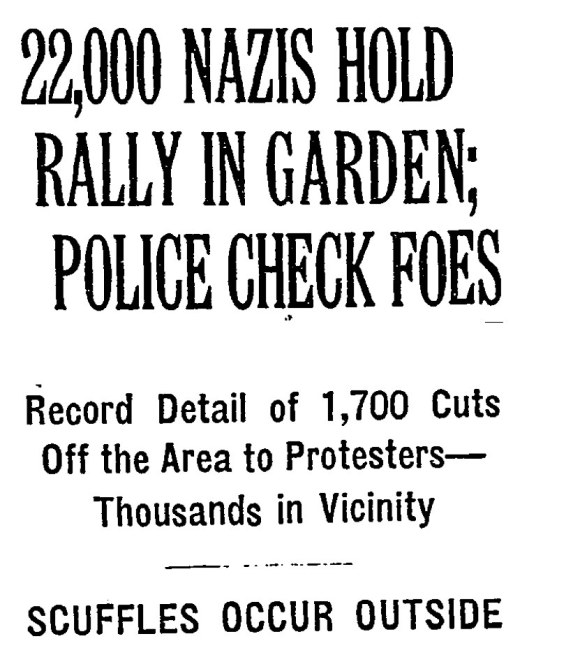 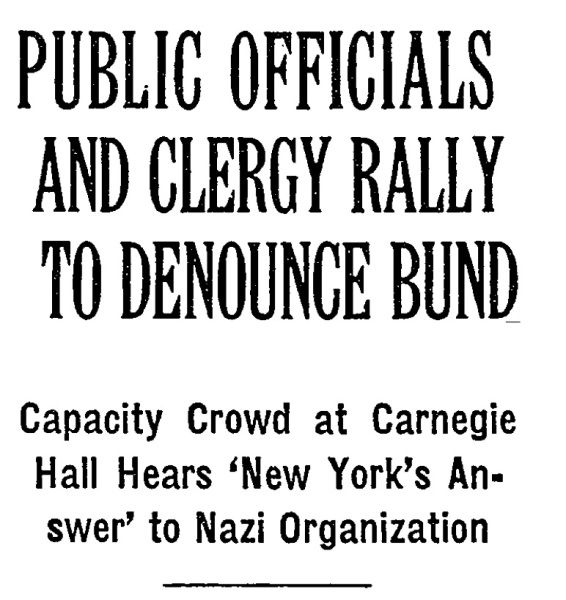