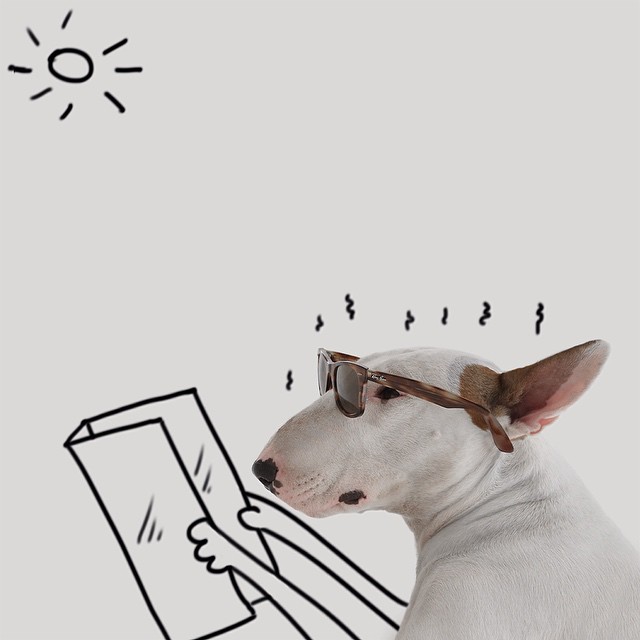 Visual artist Rafael Mantesso has continued his series of wonderfully playful illustrations that center around his very cooperative dog “Jimmy Choo” (who’s also known as Jimmy the Bull), creating unlikely situations in which an adorable bull terrier would find himself in the real world. The inspiration for the project came about when Mantesso’s wife left him on his 30th birthday.

She took their cookware, their furniture, their photos, their decorations. She left Rafael alone in an empty all-white apartment. The only thing she didn’t take was their bull terrier, whom she’d named after her favorite shoe designer: Jimmy Choo. With only Jimmy for company, Rafael found inspiration in his blank walls and his best friend and started snapping photos of Jimmy Choo as he trotted and cavorted around the house in glee. Then, when Jimmy collapsed in happy exhaustion next to the white wall, on a whim Rafael grabbed a marker and drew a new world around his ginger-eared pup. Suddenly, Rafael felt his long-dormant inspiration—for drawing, for art, for life—returning.

A collection of these illustrations can be found in Mantesso’s first book, “A Dog Named Jimmy“, which is available for purchase on Amazon. 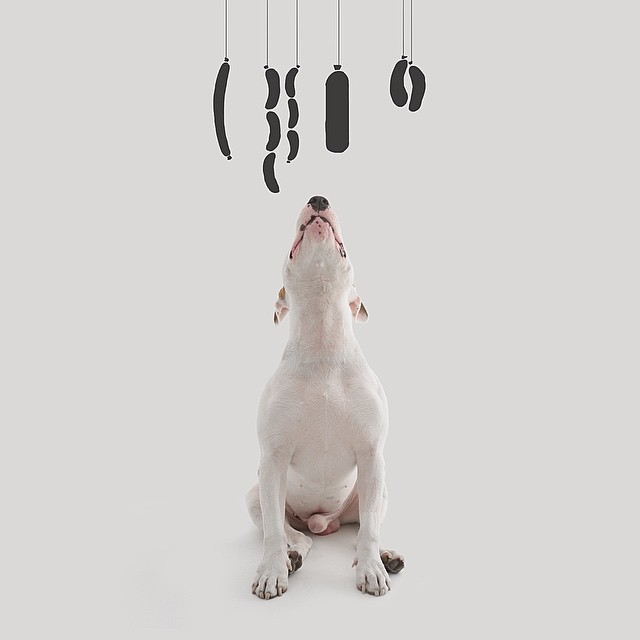 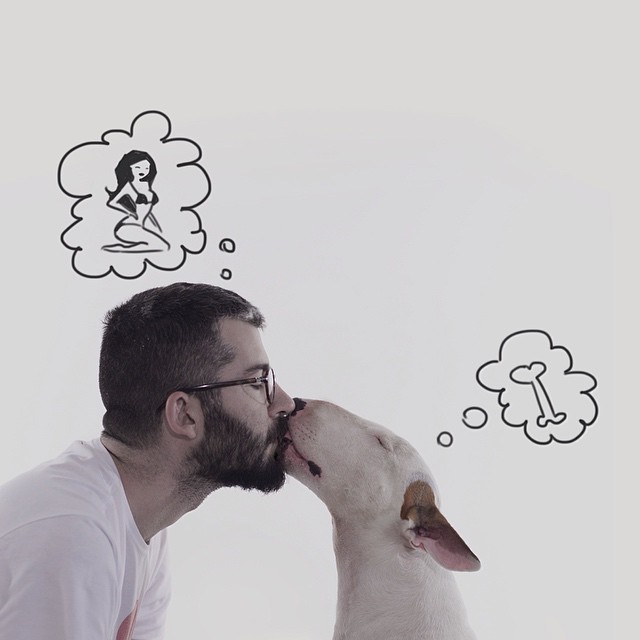 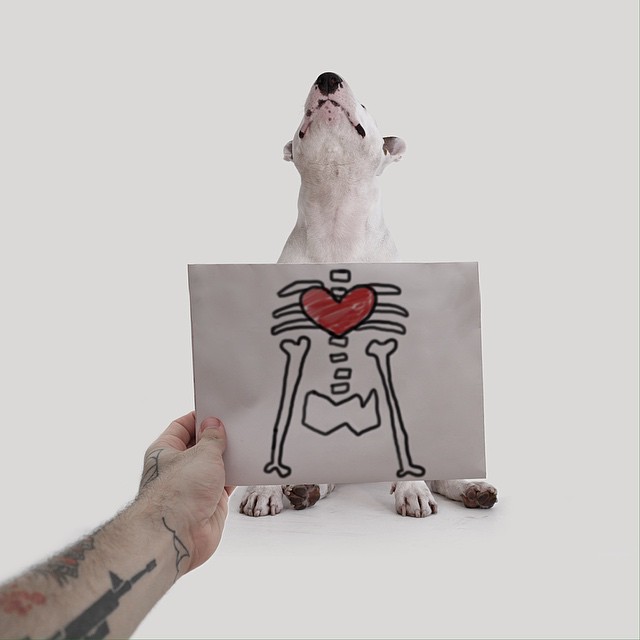 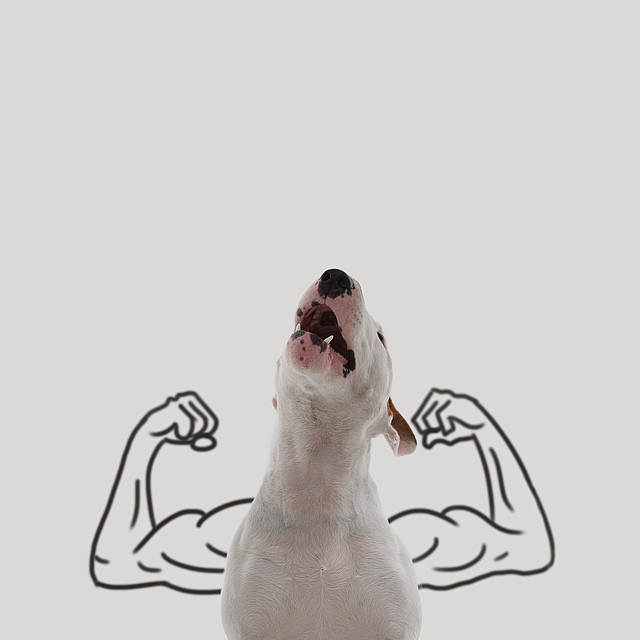 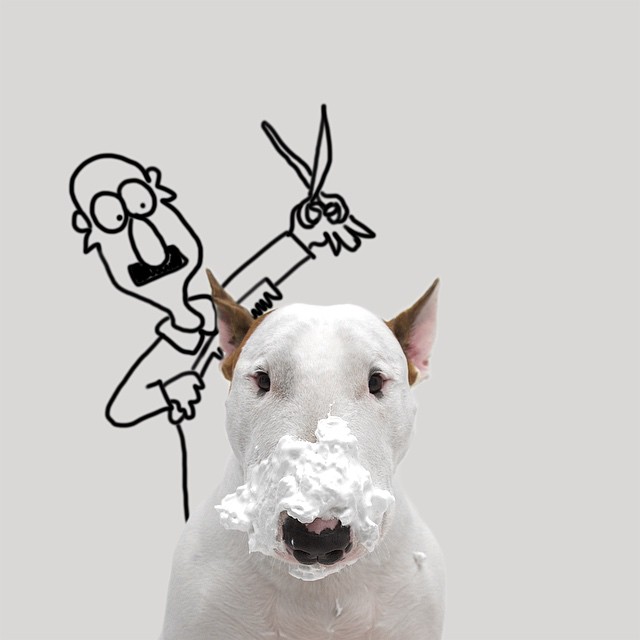