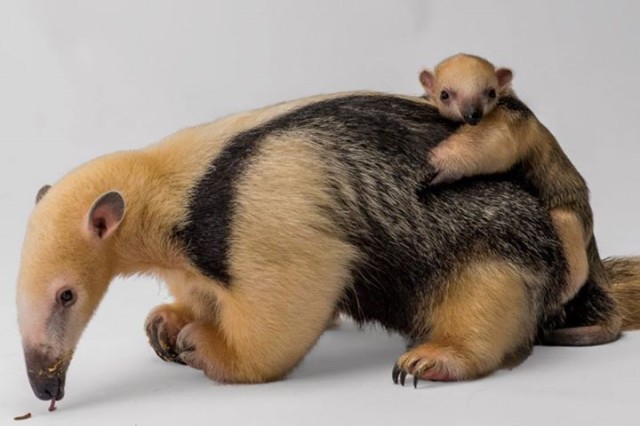 Tamandua are a kind of anteater found in Central and South America west of the Andes. They have partially prehensile tails and spend much of their time in trees. Solitary animals, they are generally active at night, foraging in trees for food, mainly ants and termites. They have long tongues that can extend up to 16 inches (40 cm), but have no teeth to chew; instead, they have a gizzards that grind up food.

Welcome to the world little guy. 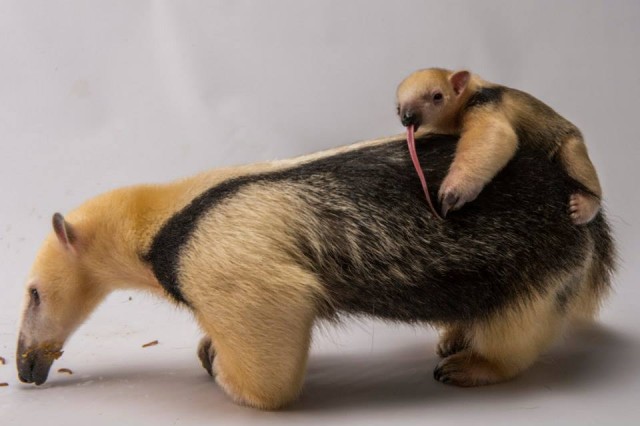 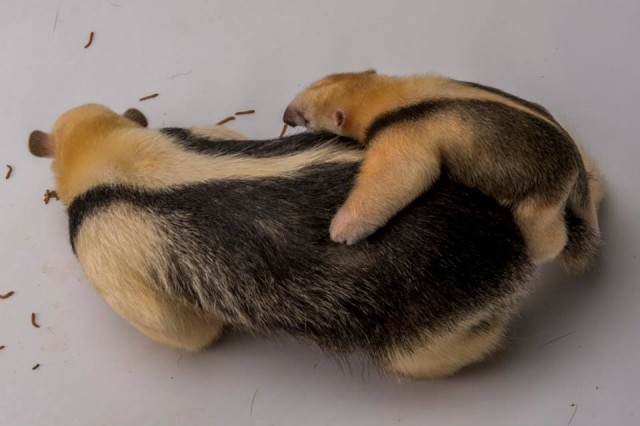 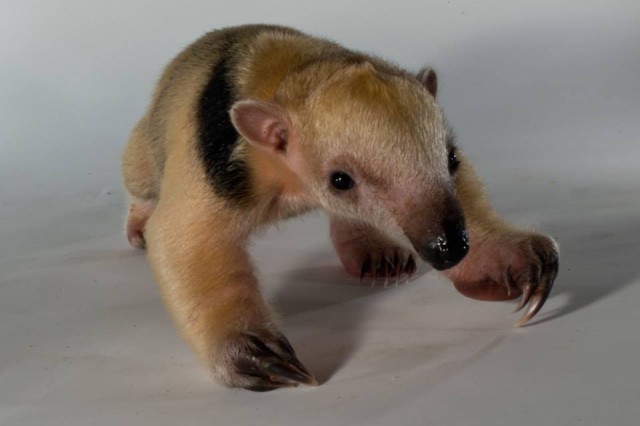 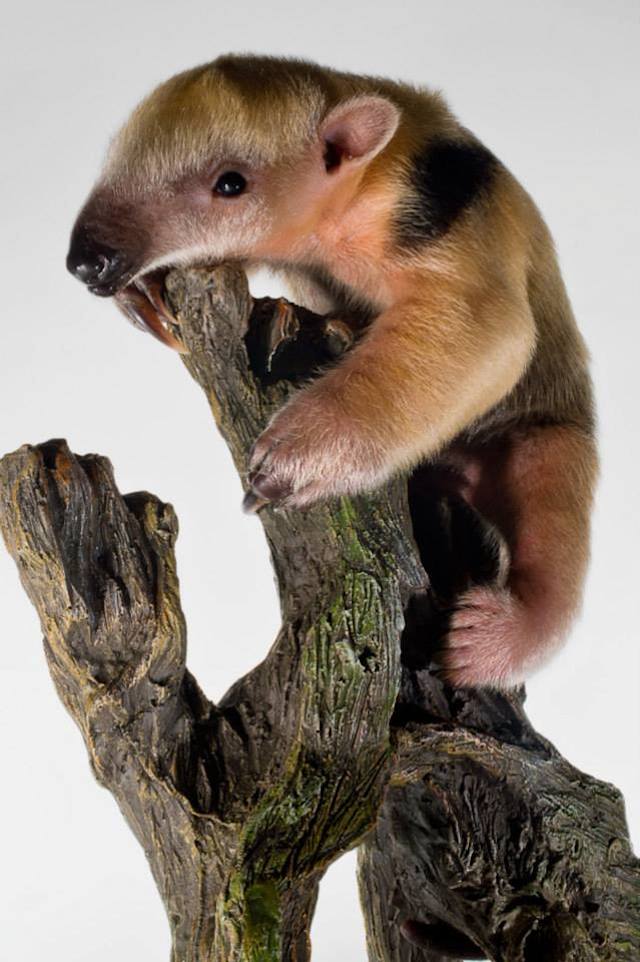