“You Think You Know Me” is a conversational card game that inspires players to learn more about one another in a real life setting. Game creator Ami Baio explained that the cards help people open up in a safe, trusted way with questions and open statements.

You Think You Know Me is a conversational card game for 2-10 players that playfully tests how well you know your friends, family, partners, or coworkers — helping you learn more about what they love and who they are. …Each player is dealt a hand of seven cards, and play starts with the person whose birthday is closest. Players take turns choosing a card from their hand, and picking any other player to read it to, guessing how they would answer. If they guessed correctly, they discard the card. If they were wrong, they discard and draw a new card.

The development of the game has been a family affair. Baio has played it with her 13-year old son, and her husband Andy Baio (co-founder of XOXO) helped with the design of the cards and packaging. Baio is raising funds through Kickstarter to bring this inspirational card game to market.

My prototype is a near complete version of the final game — 500 full color cards and printed box created with Print & Play Games, a subsidiary of AdMagic, the company behind enormously popular card game projects like Exploding Kittens and Cards Against Humanity. For the final version, I’ve worked with AdMagic on the pricing and printing, and all the costs and production times were calculated by them based on my prototype.

Can't wait to share more about You Think You Know Me ???? pic.twitter.com/TuO1lQ3BFk

It's ready to order!! Go to kickstarter! I ? you and I'm so grateful for any support!! https://t.co/SpihXk1y9o pic.twitter.com/L41grAtFoC 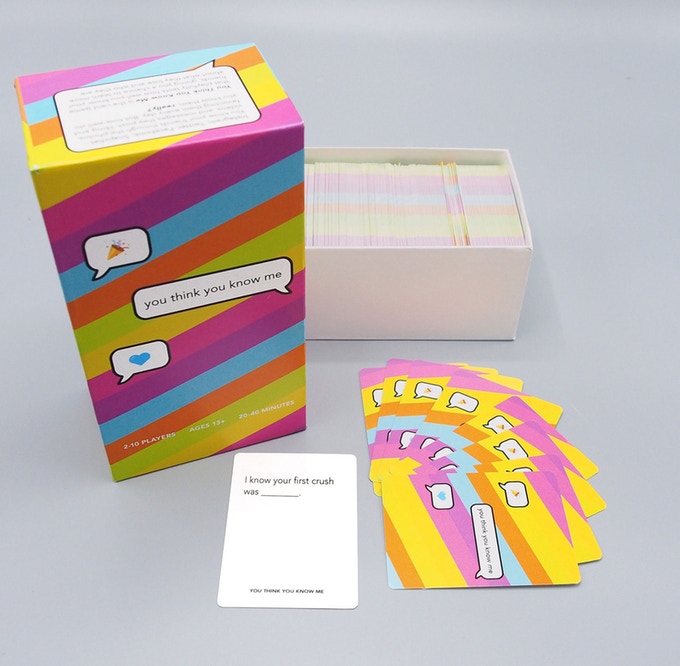 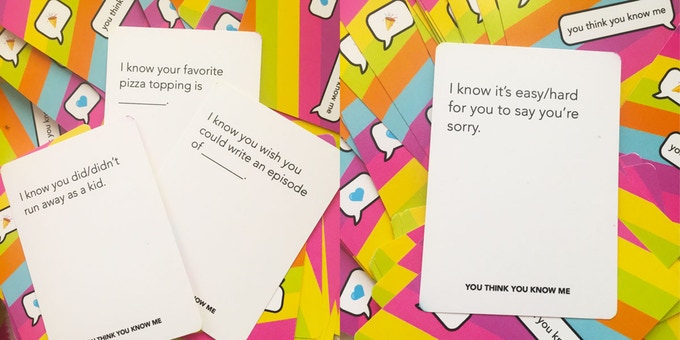