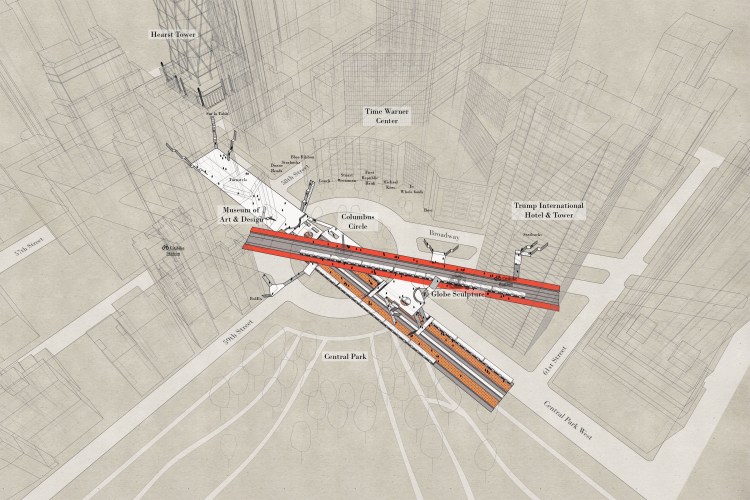 Candy Chan, an architect in New York City has created an amazing series for her wonderful Project Subway blog. Entitled the “X-Ray Area Maps“, Chan recreated the buildings, the streets and the mostly west side train stations and then layered them upon one another to show exactly under which building certain subways ran. Included are Columbus Circle, Times Square, Herald Square, Madison Square and Union Square. Chan generously explained her behind-the-scenes process.

For the new series, I first download a 3D model of the city from cadmapper. …Then I find an angle that could work …And I import the station model I made from before…Then I go to Google Maps and get a general feel of the area, including trees, the configuration of the park, and the buildings…Then I do some research on specific landmarks and transfer that detail into my drawing…Then I export the lines into illustrator and edit the line weights…Then I layer texture, streets, platform colors, people, and street names 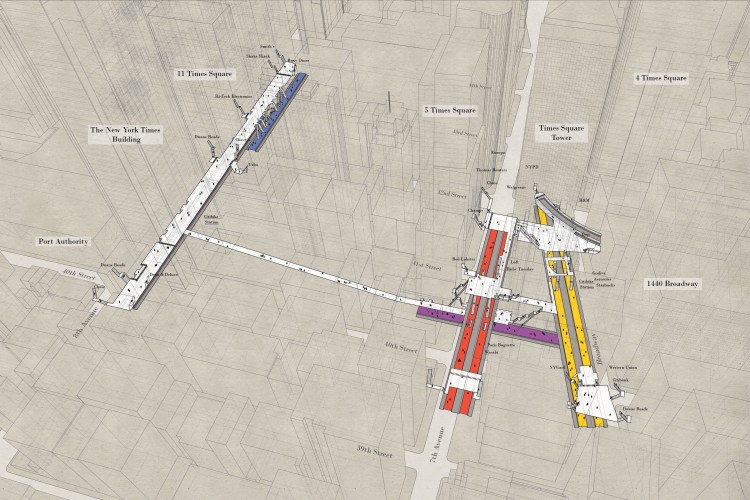 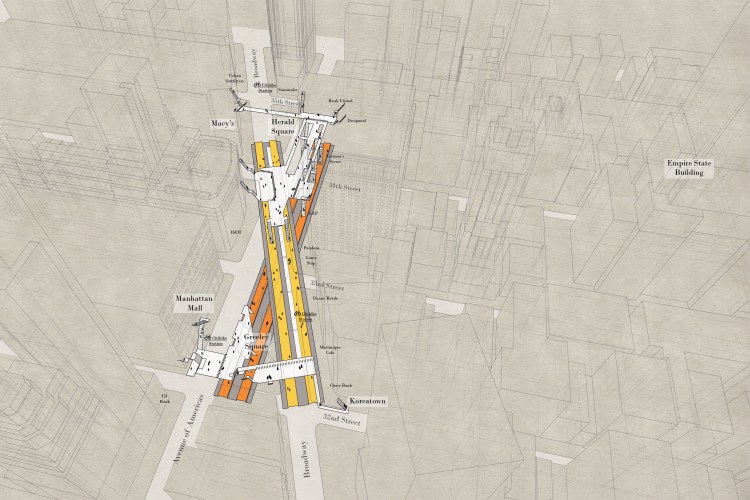 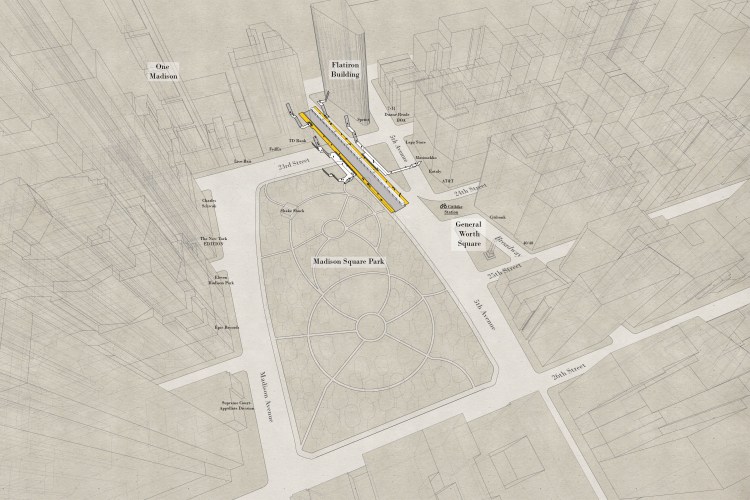 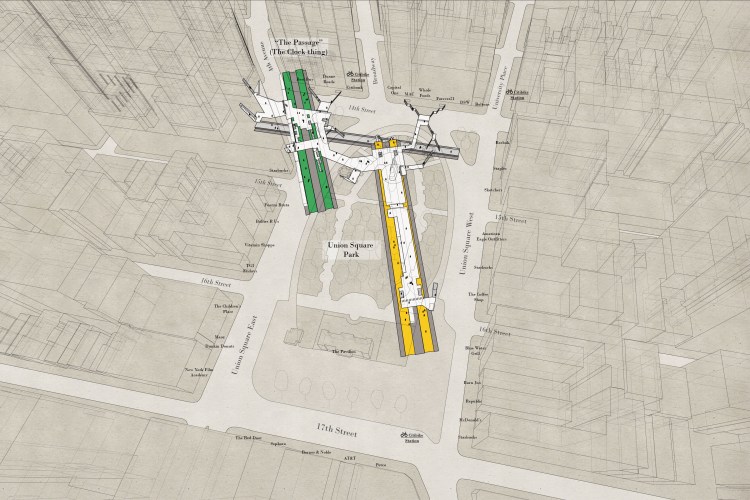