In a fascinating episode of the PBS Digital Studios series Eons, host Hank Green explains, through a brilliantly animated timeline designed by Franz Anthony, how early cephalopods who lived in shallower waters originally had pointed shells that covered their soft mantles, which allowed them to float to the surface. Over time, however these shells became shorter, more rounded and curled. As the species moved towards deeper waters where they were safer from predators, the modern Coleoidea, with the exception of the nautilus, shed the bulky shell for a smoother glide.

Instead of relying on a suit of protective armor, they now use intelligence, camouflage and agility to
outsmart predators and prey alike. Their journey from small passive mollusks to sleek voracious predators took hundreds of millions of years of trial and error from developing shells to survive to finally learning to thrive without them. 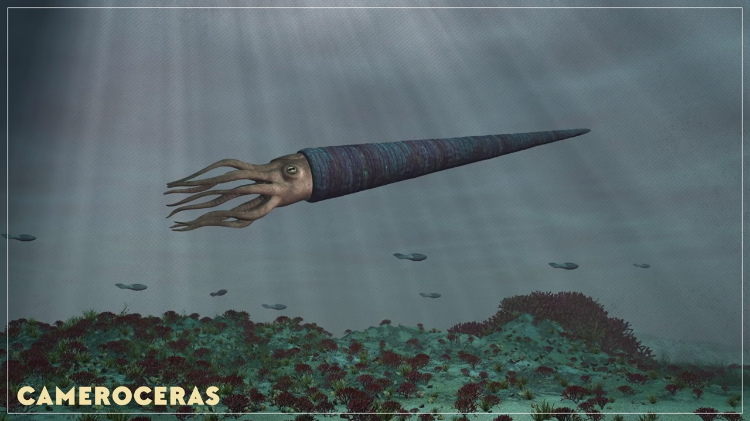