After researching the least visited country in the world, Thomas Brag of Yes Theory booked himself a ticket to visit the tiny atoll nation of Tuvalu, which is situated in the Pacific Ocean, midway between Hawai’i and Australia. At first Brag was unsure about what to expect, but after 24 hours on the island he fell in love with the people and the culture of Tuvalu.

Yep, I travelled to what the internet deems the least visited country in the world. The reality is that the statistics behind this are far from perfect. Many of these small countries don’t actually count how many people come visit. So it’s very hard to really tell which country truly has the least visitors. Either way, I went to Tuvalu, which is somewhere in the bottom of the list… and my experience was shocking.

Sadly, the islands of Tuvalu will be one of the first to sink should the oceans rise with climate change.

Tuvalu has about 11,000 residents and sadly one of the first countries to be forecasted to disappear as a result of rising oceans caused by climate change. Since the day I found out about this country I haven’t been able to stop thinking about it wondering what the people are like what there is to do in a country without any tourism infrastructure and wanting to go tell a story about this country that could possibly disappear very soon. 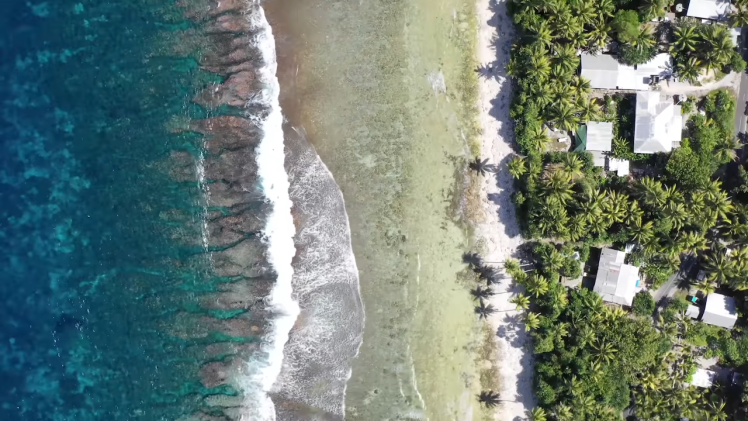