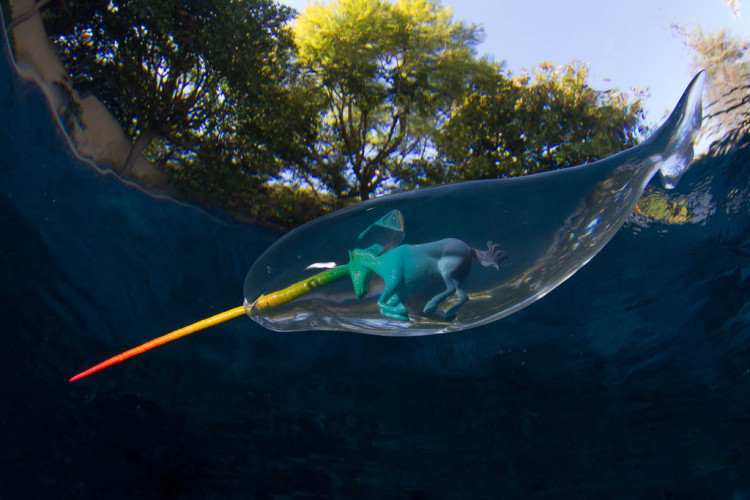 A few weeks ago, our wonderfully outspoken 9-year old niece told us that she believed in unicorns based upon the very real existence of the narwhal, a medium-sized whale with a long horn protruding from its head. She convincingly made her case, vociferously stating that they both come from the same origin.

It appears that Kozyndan (Kozy and Dan), the Los Angeles-based collaborating artist couple, had pretty much the same idea when they created “Rainbow Magic” in in cooperation with Pretty In Plastic. The resin sculpture features a bucking blue and green unicorn inside of a clear narwhal, both sharing a brightly colored horn.

The magical secret of the narwhal is revealed! We always wondered how a whale came into being with a single giant horn coming out of its head. We concocted our own explanation, but it speaks to the idea of evolution – species evolution and the concurrent evolution of thought. Magic becomes Religion begats Science reveals the Magic inherent in the Universe. 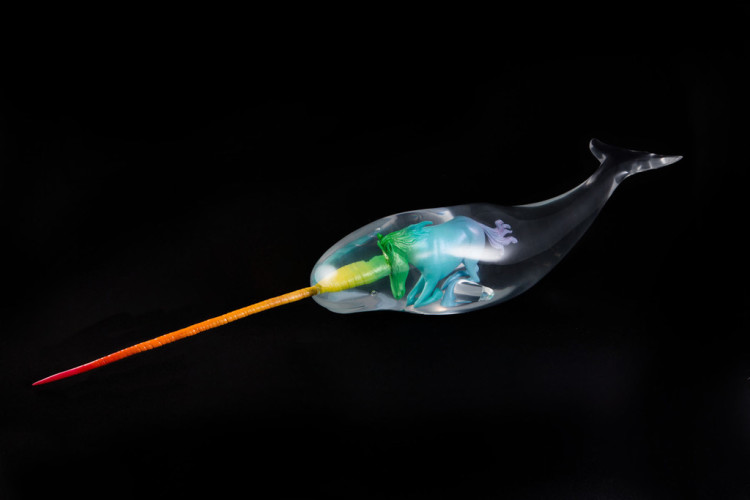 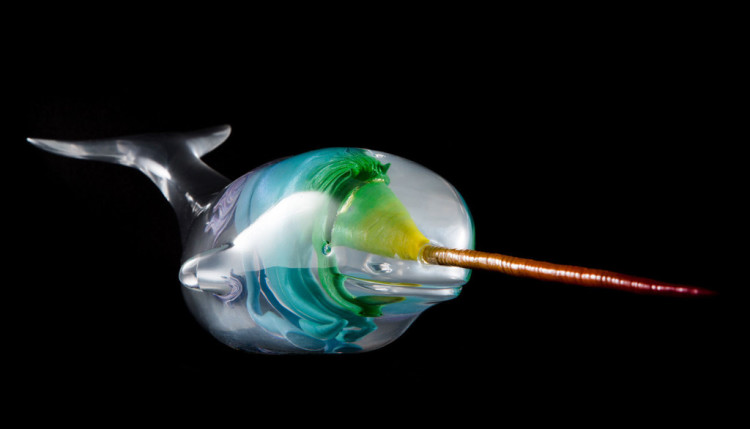 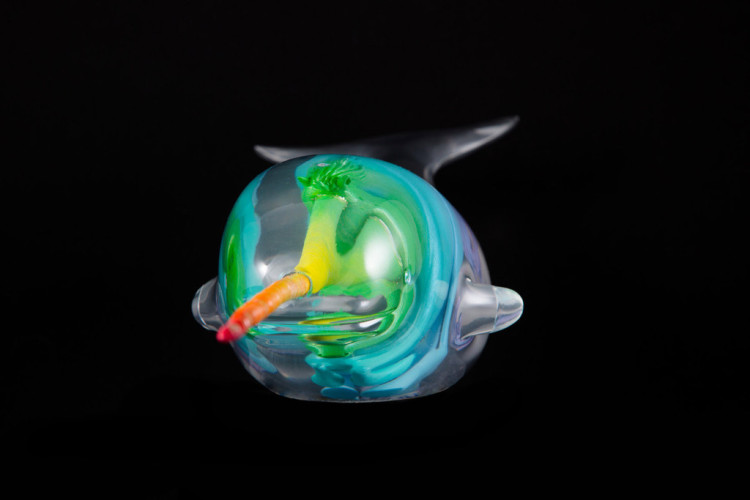