On December 24, beautiful rare underwater footage was captured of a stray giant squid who was swimming near boat moorings in the shallow waters off of Toyama Bay in Honshu, Japan. The elusive cephalopod has been incredibly difficult to capture on film due to its deep sea habitat and highly reclusive nature. It is thought, however that this squid somehow lost its way.

(translated from Japanese) A giant squid that was caught on camera is a valuable figure that swim among the sea. The 24th morning in the boat mooring field in the Toyama Prefecture, among the fishes was giant squid people had was found by fishermen. Length of the giant squid is about 4m, girth is about 1m, the part of the head it is that was swimming quietly towards the seabed. 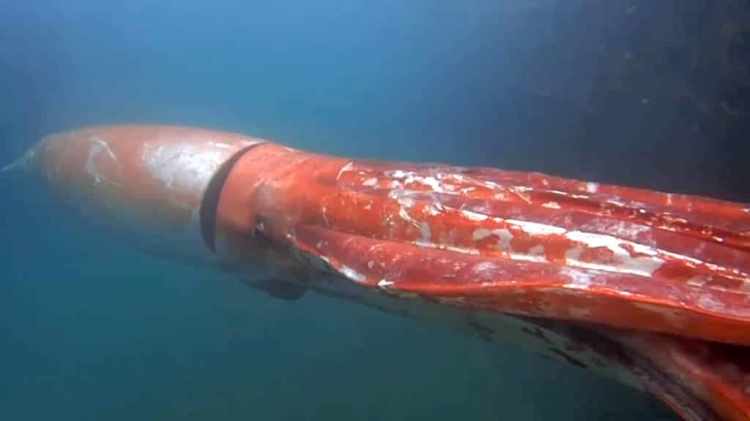 fukusuke234 also captured beautiful footage of the magnificent sea creature from above.