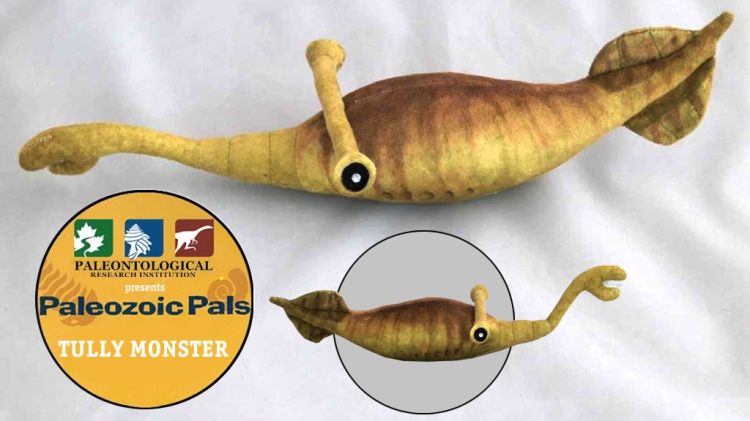 The Paleontological Research Institution in Ithaca, New York who created the Ammonoid Cephalopod Plushie, has come up with a new plushie of the mysterious, fossil-based, extinct Tully Monster to add to their ongoing Paleozoic Pals collection.

This year, we’re returning to the Kickstarter community to bring the Illinois State Fossil back from extinction and turn it into a soft, 12-inch plushie that is ready to swim right into your arms for a snuggle.The Tully Monster (Tullimonstrum gregarium) is a 307-million-year-old marine animal that is known only from the Mazon Creek fossil beds, a Carboniferous swamp deposit in Illinois. It is named after fossil collector Francis Tully, who first discovered the enigmatic little creature. Ever since its discovery in 1955, the Tully Monster has been the subject of a wide controversy over what type of animal it actually is. It has recently been identified as a primitive relative of lampreys based in part on its preserved eye structure, although some scientists are still arguing over this.

The Paleontological Research Institution is currently selling this unique stuffed animals through Kickstarter, with the proceeds going to help fund PRI’s important research, their invaluable national outreach program, the Museum of the Earth and the Cayuga Nature Center. 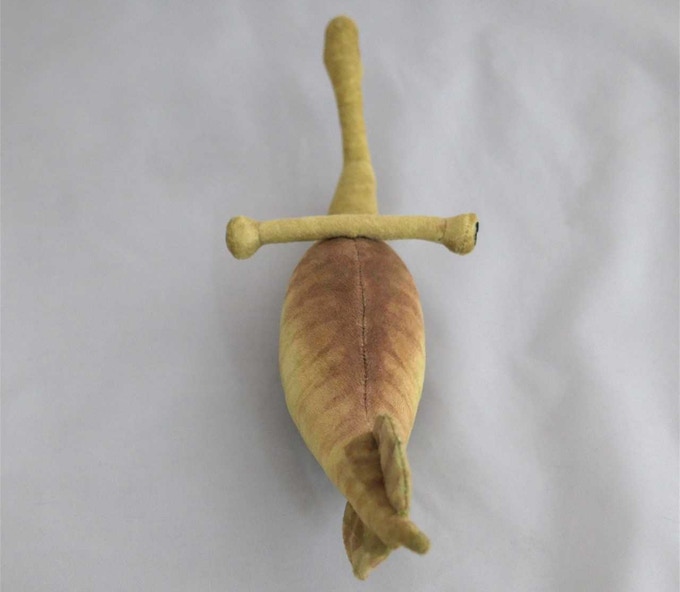