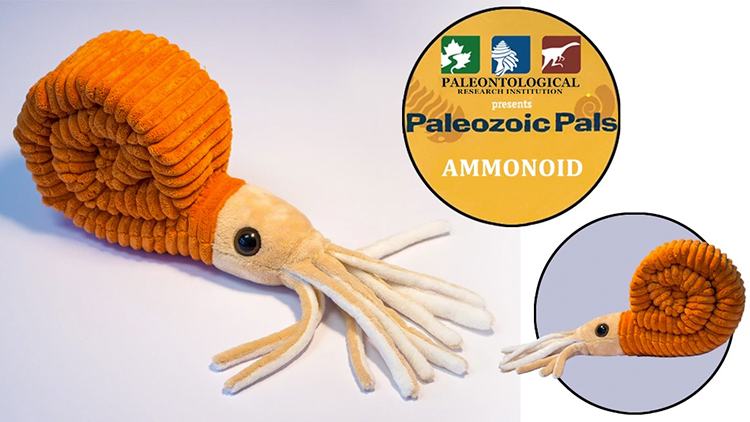 The Paleontological Research Institution in Ithaca, New York has created the Ammonoid Plushie, a cuddly new stuffed cephalopod to add to their ongoing Paleozoic Pals collection. They are currently accepting plushie pre-orders through Kickstarter with proceeds going to help to fund PRI‘s important research and their invaluable national outreach program.

Ammonoid? Isn’t it an “ammonite?”
Ammonoids are a major group of shelled cephalopods (the group containing octopuses and squid) that lived from the Devonian (~380 million years ago) to the end of the Cretaceous (~65 million years ago). They had chambered shells subdivided by complex folded walls, or septa. The term “ammonite” refers to a smaller sub-group of ammonoids, distinguished by extremely complex septa, and restricted to the Jurassic and Cretaceous Periods. 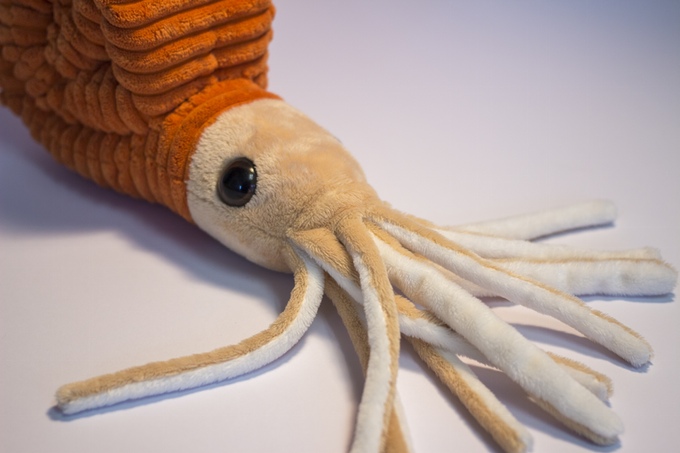 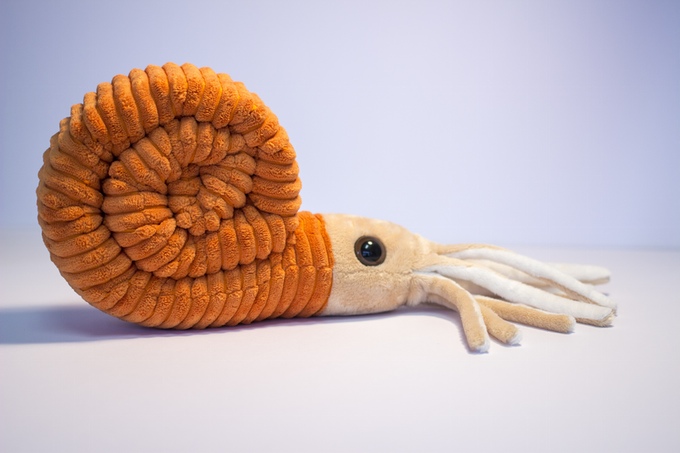