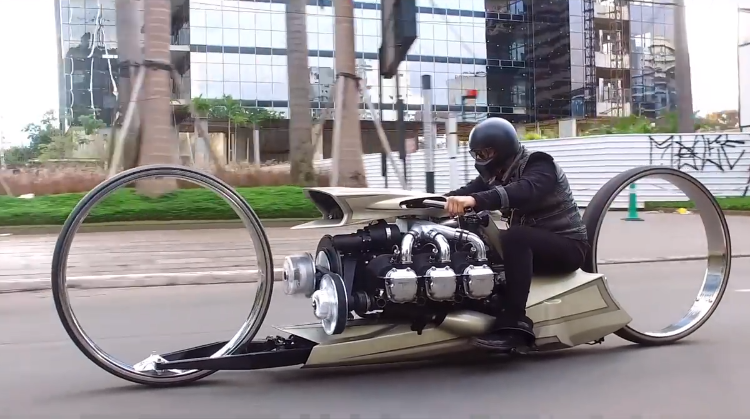 Former Formula One racer and designer Taso Marques has created the TMC Dumont, an incredibly sleek, low-to-the-ground motorcycle that sports an airplane engine and giant silver wheels without hubs, looking very much like something out of a science fiction film. The bike made its debut at Daytona Bike Week in March 2018 and won all sorts of admiration and accolades for its design.

Here’s a behind-the-scenes look at the assembly of the TMC Dumont Motorcycle.