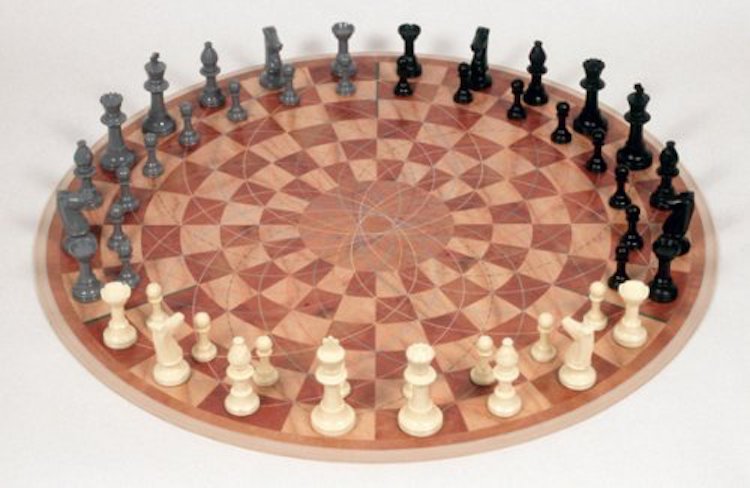 Putting a modern twist on the ancient game, 3 Man Chess is a uniquely round chessboard that can accommodate three players at once in a single game, with only a slight change in rules and defensive positions. As stated in the description, “The complexities of the third player are infinite.”

Play chess with 3 people at the same time with this three player chess game. Without compromising any of the rules, strategy, or fun of Chess, this variant board has been developed that accommodates three players. The only changes from conventional chess are some protocol issues that must be followed to maintain order where the teams border each other, which is simple and necessary. 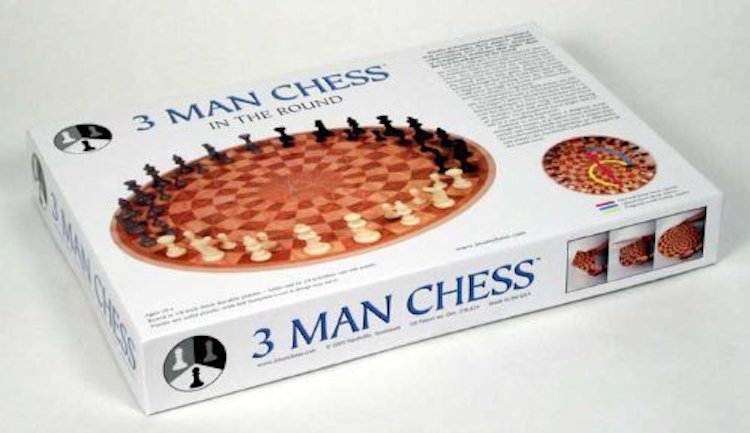 via Geeks Are Sexy, Neatorama