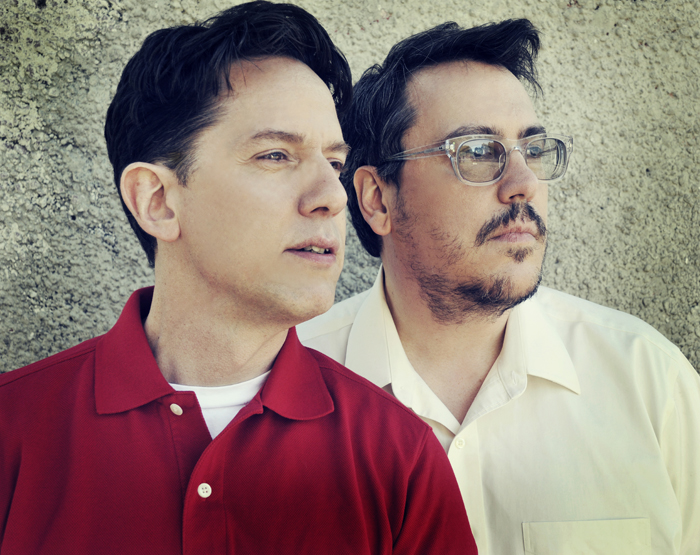 On the 100th episode of his RiYL (Recommended if You Like) podcast, fellow Laughing Squid tentacle Brian Heater recently sat down with John Linnell and John Flansburgh of They Might Be Giants to talk about a great many things, including the rebirth of their infamous Dial-A-Song, now on YouTube.

Dial-A-Song is the most literal manifestation of the phenomenon, an old answering machine purchase by the band to get its music out into the world as John Linnell healed from a broken wrist and Flansburgh recovered from an apartment robbery. The duo advertised a phone number in the back of the Village Voice readers could call to hear the band’s songs.The band resurrected the project this year, through the decidedly less intimate medium of YouTube, with the ambitious goal of releasing a new song each week for the full calendar year. In this 100th episode, we discuss Dial-A-Song, the importance of partnerships and the role of discovery in art.