In a lofty episode of Things You Might Not Know, host Tom Scott explains why London skyscrapers, such as the “The Cheesegrater” and “The Shard“, are so oddly and economically shaped. It all has to do with protecting the city’s most important sightline–that of Saint Paul’s Cathedral.

Protected views, or sightlines. Back in the 1930s, London started to get what were, for the time, tall buildings like Unilever House — now it seems tiny, only a few storeys high, but it was enough to start blocking some views of St Paul’s Cathedral — which was the tallest building in the city, and had been for centuries. It was only beaten by the Post Office Tower in 1962. There was a public outcry about this, and so, the local authorities have protected certain views of the cathedral, and of the Houses of Parliament. …And crucially, no-one’s allowed to build something behind St Paul’s either, because that’d spoil the view just as badly. Heck, you can’t build anything tall near St Paul’s, because it’d ruin the view from the riverside … Have a look at the Shard, London’s tallest building: it’s bounded left and right by these protected views, but it sits just outside them. And all that explains the Cheesegrater’s odd shape: the view of St Paul’s from Fleet Street had to be protected, and the tower ‘leaning back’ was enough to satisfy the planning committee. 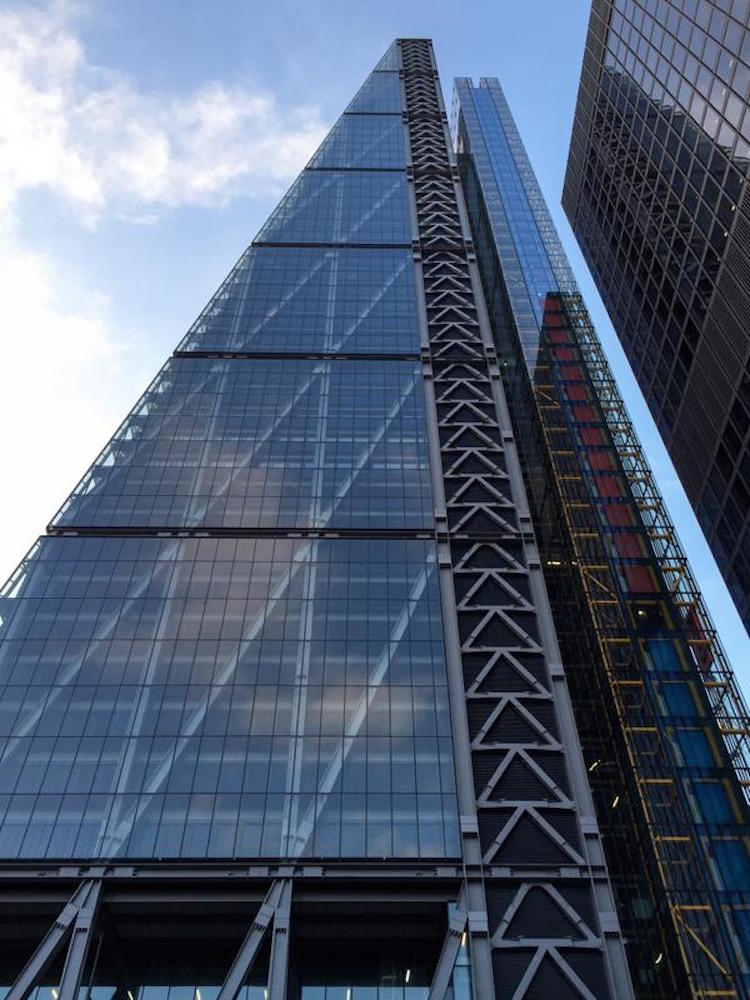 The Leadenhall Building — “The Cheesegrater”