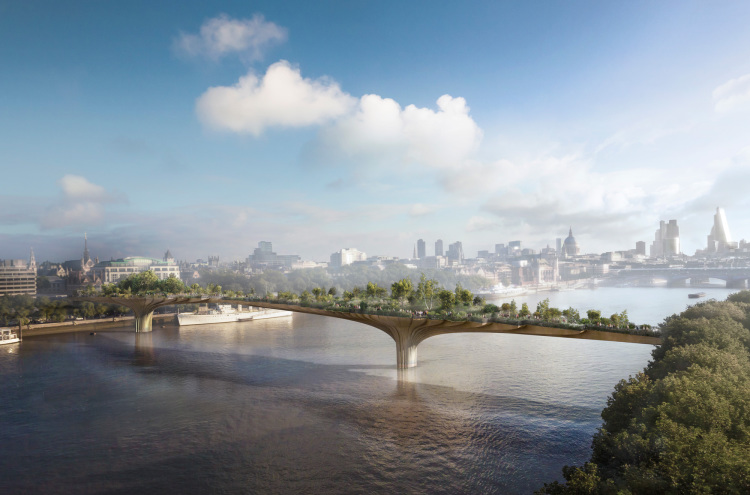 In 2012, the transit agency Transport for London put out a call for proposals that would help improve pedestrian walkways over the River Thames. Actress Joanna Lumley and Heatherwick Studio, a design firm currently involved with Pier 55 in New York City, responded with their idea for The Garden Bridge, an elevated walkway that includes a garden spanning the length of the bridge and easy access to the newly redeveloped South Bank area of London.

With a structure that widens and narrows across its span, the elevated garden will not only be a safe and easy way for London’s many commuters and visitors to cross the river, it will also make places along its length for pedestrians to stop and better enjoy the remarkable river setting and unparalleled views of the city. The addition of careful planting with variety in scale, openness and intimacy will create a new kind of public space in the city. 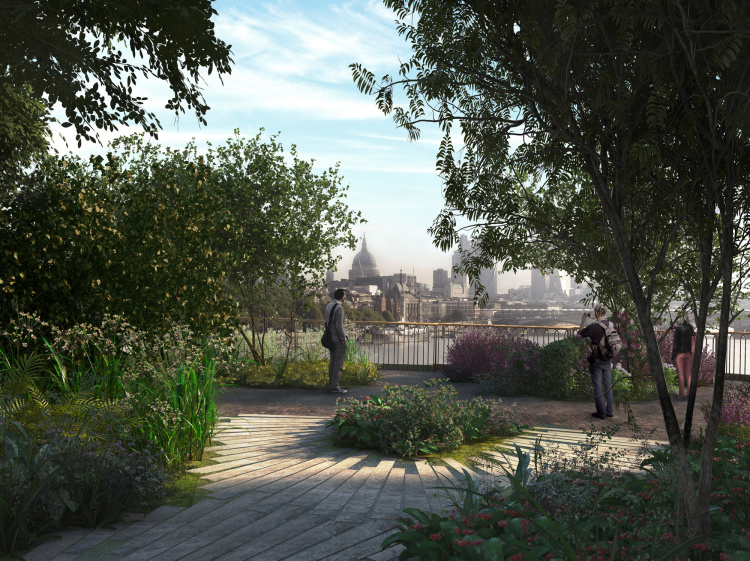 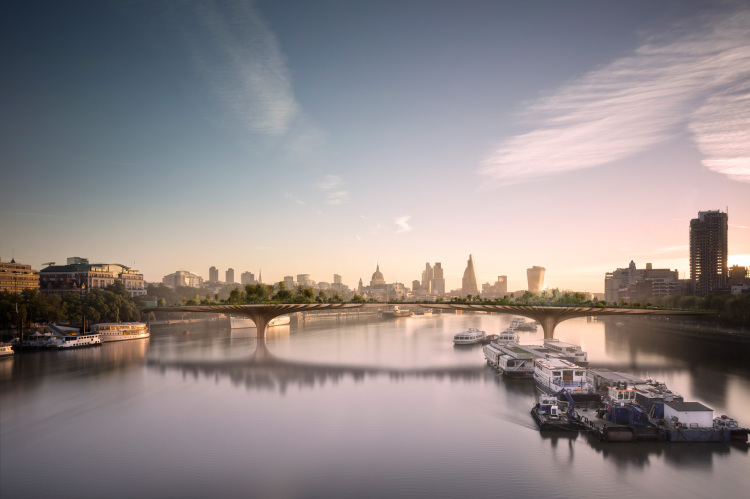