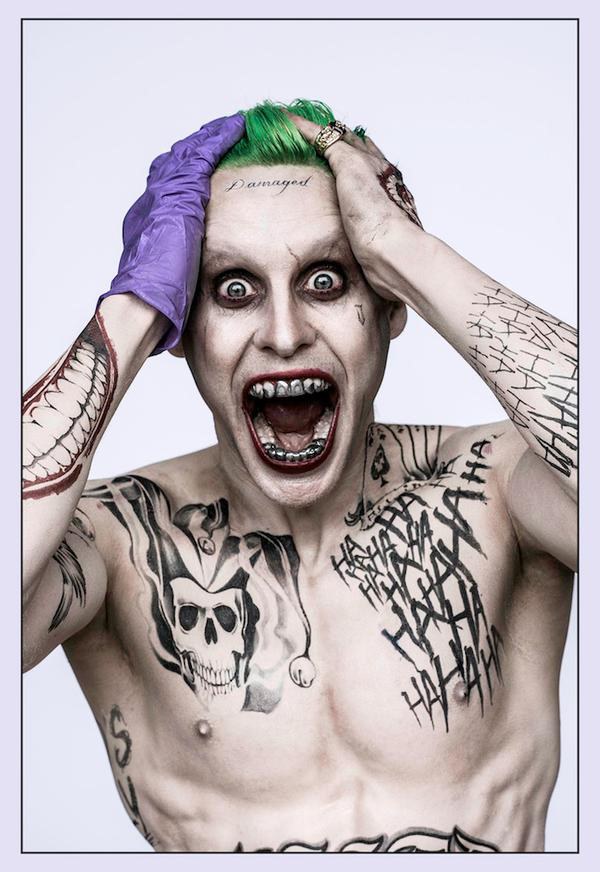 In celebration of the 75th anniversary of the Joker on April 24th, director David Ayers posted the first official photo of an incredibly sinister looking Jared Leto just as he will appear as the malevolent character in the upcoming film Suicide Squad.

According to EW, Leto had traded his signature long locks for a short green do just a few weeks ago.

On Thursday the actor revealed via a Snapchat that he is currently rocking short, green hair. The shade of green is pretty close to The Joker’s hair in the original comic books, and though we didn’t see him in full makeup, we do get a pout of red lipstick. 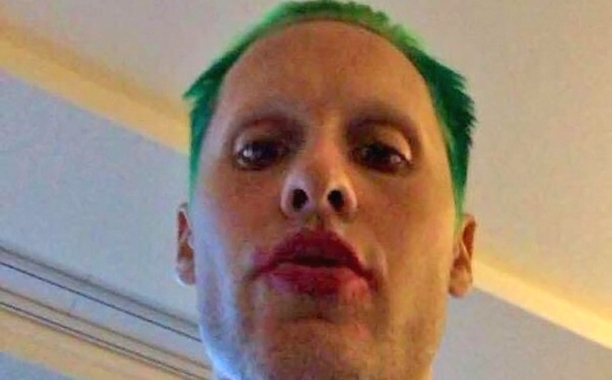