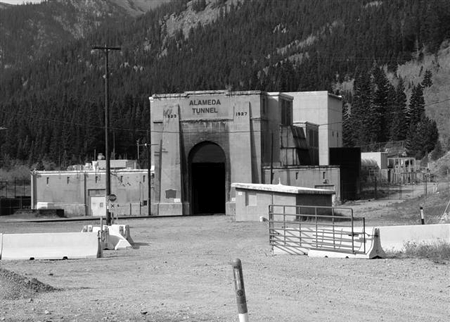 Scott posted about the Telectroscope, an art project allowing London dwellers to connect visually with New Yorkers, which reminded me the 30th anniversary of the Alameda-Weehawken Burrito Tunnel is coming up. Idle Words commemorates the date with an excellent overview of the project which saved East Coasters from inferior Mexican cuisine.

But the tunnel, when it was completed in 1933, was already obsolete due to the emergence of airmail. Though airmail took a few hours longer, shipping was cheaper and packages traveling through the tunnel often were singed due to the proximity Earth’s hot magma. Tunnel operations ceased in 1936.

For years, ideas for reopening the tunnel were bounced around, but it wasn’t until the 1970’s when New Yorker, Robert Cavanaugh, disappointed with the lackluster burrito offerings in the Big Apple put together a consortium to reopen the tunnel for the delivery of fresh, hot burritos to the East Coast.

The inaugural burrito (carnitas with lettuce, salsa and avocado, no beans) was loaded into the breech at the Alameda terminus at 10:05 AM and was served to a beaming Cavanaugh, Vice President Walter Mondale and New York mayor Ed Koch in Weehawken 64 minutes later. Two hundred burritos followed that same day; by the end of the decade the tunnel would be delivering over two thousand burritos an hour. 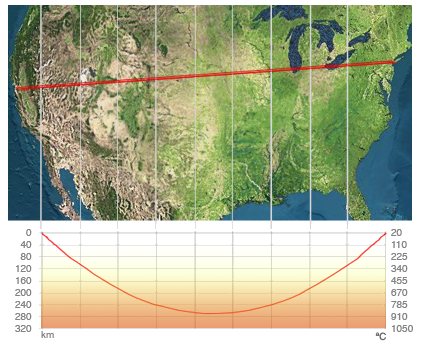 The unique path of tunnel, while damaging mail in the 30’s, was ideally suited to keeping the burrito hot during its 1 hour journey across America. Shipping nearly 2000 burritos per hour the New Jersey has almost been too much of a success for the small taqueria’s in Mission District.

“The New York metro area has fifteen million people,” explains Javier Corrientes, manager of Cancun Burrito on Valencia Street. “San Francisco is barely a tenth of that size. You got all those people out drinking on a Friday night who want a burrito at ten o’clock, just when the dinner rush is starting here, there’s no way we can keep up.”