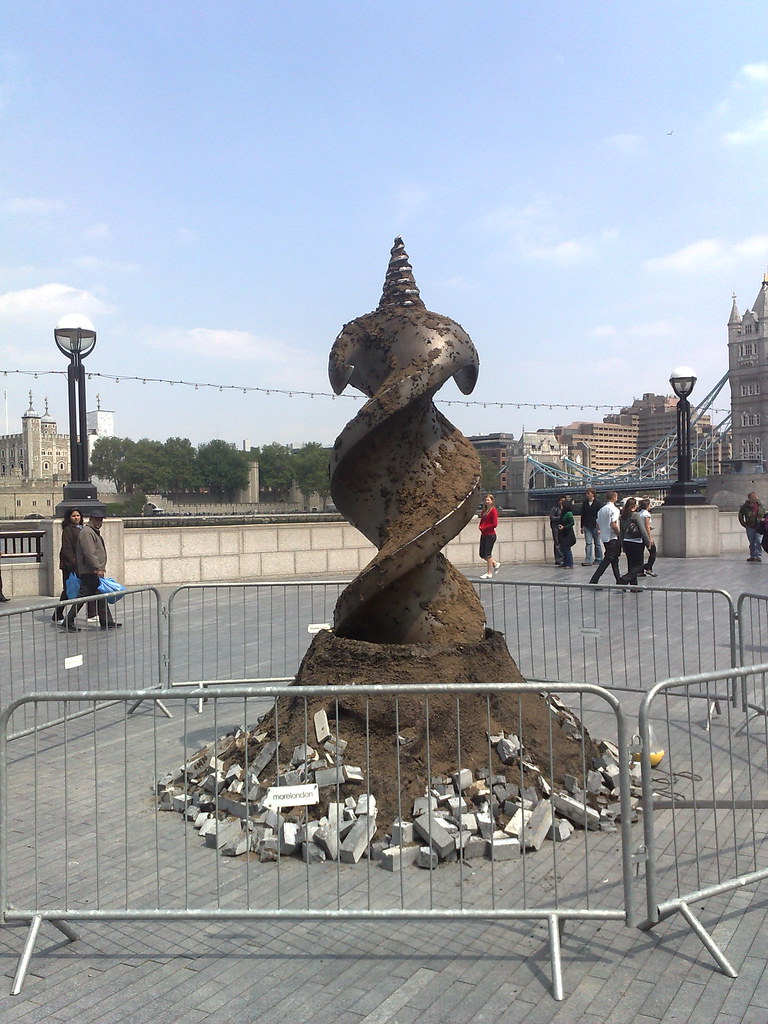 Yesterday a giant drill bit broke through the surface in London near the Tower Bridge and a similar one appeared in Dumbo, Brooklyn near The Brooklyn Bridge. This was a sign that Paul St George is very close to completing work on an amazing project started by his great-grandfather Alexander Stanhope St George, The Telectroscope, which will be installed at both ends of a transatlantic viewing tunnel between London and New York, allowing people to see each other in the two cities.

Alexander began to explore the possibility of digging a transatlantic tunnel, using the island as the centre of operations from which the tunnel would run in both directions. Following his terrible experiences of sea travel, his first impetus for the tunnel was to enable a more convenient form of transport. However, he soon came to see that travel through the Earth could be just as lengthy and uncomfortable as travel across the sea. Digging a tunnel large enough to move many people and all the associated luggage and provisions would simply not be viable.

But this did not deter Alexander. Instead, his thoughts turned to the possibility of “travelling” across the ocean without actually moving. What, he imagined, if one could see all the way to New York without having to leave London? He began to sketch out an idea for a “device for the suppression of absence”, a powerful optical machine which, if installed at both ends of the tunnel, would magnify the view through it.

See The Telectroscope website for more info and their blog for the latest updates.

Paul St George is working with the creative company Artichoke on this project, the same group that helped produce the incredible Royal de Luxe Parade “The Sultan’s Elephant” in London back in 2006.

UPDATE: Billy Abbott has a bunch of great photos of The Telectroscope in London. 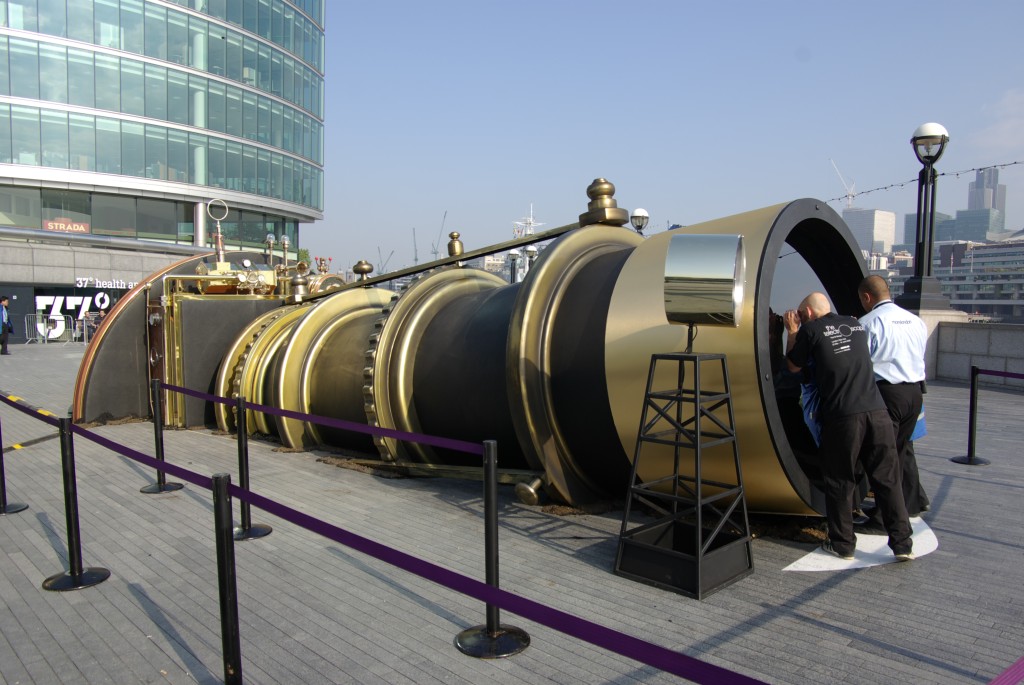