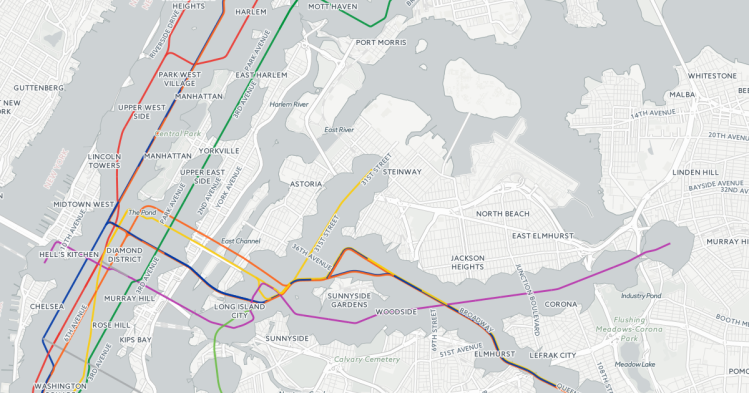 Subway Deserts V2 is a second generation visualization of the original map by urbanist and mapmaker Chris Whong that reveals the areas within the five boroughs that are poorly serviced by the New York City subway system. The data showcases where there is an absolute dearth of transportation, particularly in the outlying areas of Brooklyn and Queens.