Six stuntmen brilliantly paid tribute to the episodic Disney+ show The Mandolorian with an epic fight scene that utilized many of the moves showcased in the series, particularly the Bounty Hunter Guild fight scene. Director Micah Moore (previously) of Legend of Micah captured the stuntman and choreographer Ben Aycrigg (‘The Mandolorian’) expertly fighting determine bounty hunters played by Billy Matt Thompson, Pat Chu and Jorge Longoria. Ryan Mari and Justin Woods did the rigging for the scene.

6 professional stunt guys (including 4 performers and 2 wire riggers) got together recently for a practice session and decided to pay tribute to a character they love: The Mandalorian. They were aided in some last-minute costumes and props by cosplayers. 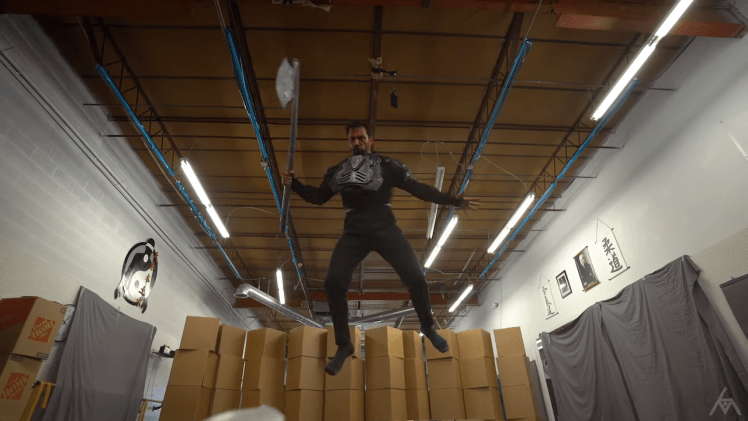 Here’s the original Bounty Hunter fight scene from the series