Street Gang: How We Got to Sesame Street by Screen Media Films is a feature length documentary based upon a book of the same name that explores the origins of the iconic PBS children’s show Sesame Street. The film talks to those who first conceived of the idea, what their motivations were, and how they went about translating their vision to a television show that influenced millions of children to this very day.

Take a stroll down Sesame Street and witness the birth of the most impactful children’s series in TV history. From the iconic furry characters to the classic songs you know by heart, learn how a gang of visionary creators changed our world.

The film also features archival show footage and interviews with television executive Joan Ganz Cooney, Sesame Workshop co-founder Lloyd Morrisett, Jim Henson, Frank Oz and show writer Jon Stone. What seems to shine through the most is how much each person believed in and loved what they were doing and how much fun they had doing it.

STREET GANG: HOW WE GOT TO SESAME STREET reintroduces this visionary “gang” of mission-driven artists, writers, and educators that audaciously interpreted radical changes in society and created one of most influential and impactful television programs in history. 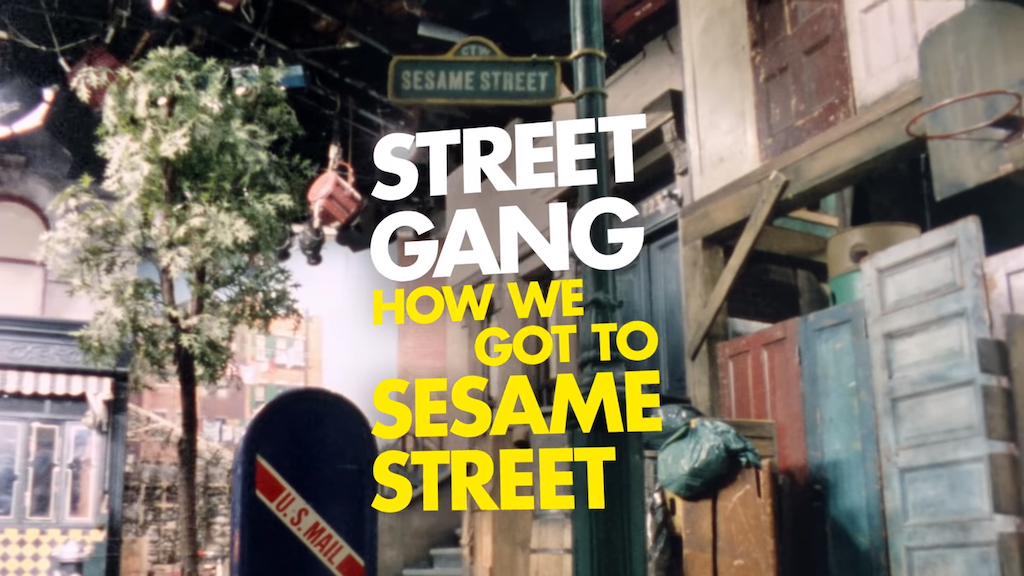