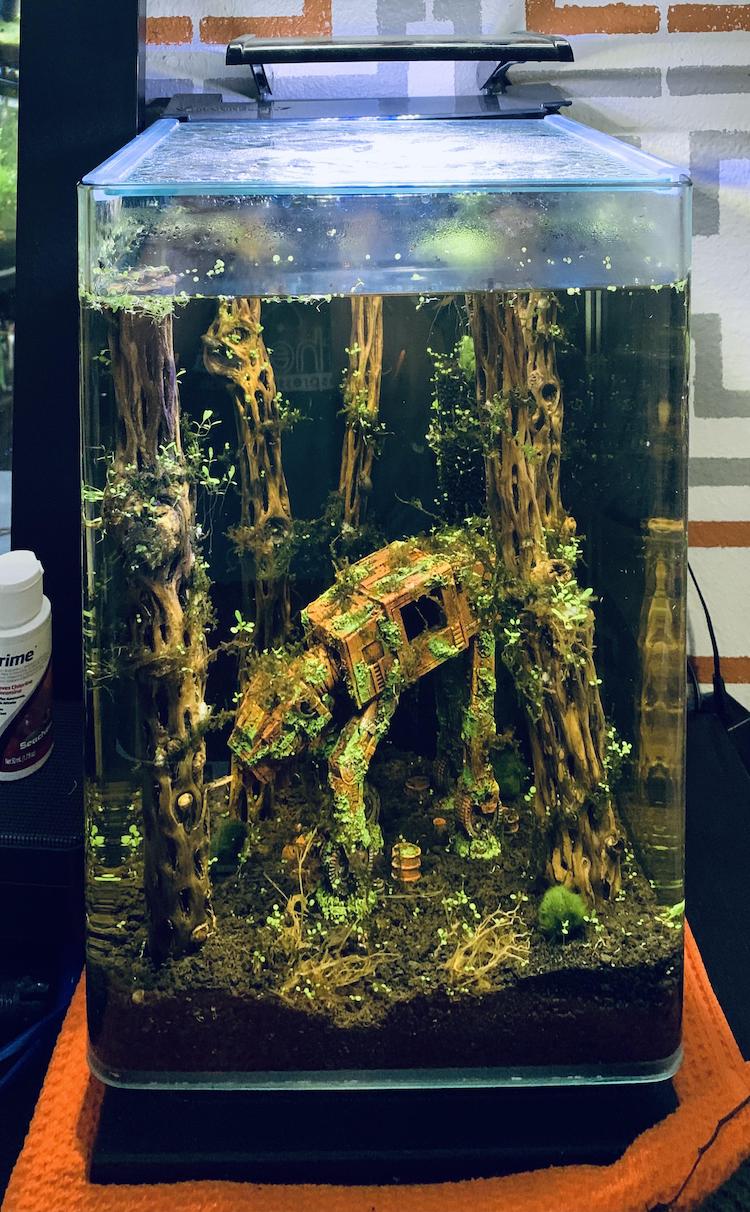 Devoted aquarium keeper Carly Thompson gave her 5 gallon Marineland Portrait Glass LED Aquarium Kit a distinct Star Wars theme with a sunken Imperial AT-AT Walker sitting at the bottom of the tank. The algae-covered AT-AT aquarium feature was given to Thompson by her brother for Christmas and, as Thompson told Modern Met, she decided to try it out.

I knew that I wanted it to look as natural as possible,…I recalled the map Kashyyk in the video game Star Wars: Jedi Fallen Order. That and the Moon of Endor from the Star Wars movies were my inspiration for this tank. 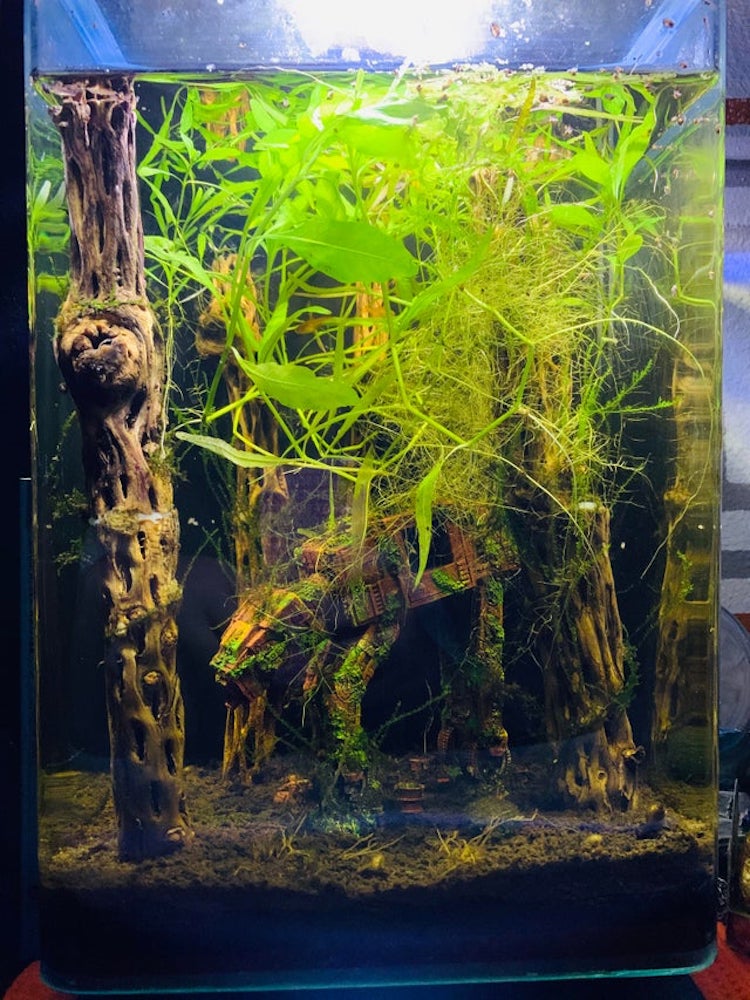