Comedians Jay Foreman (previously) and Mark Cooper-Jones of Map Men performed a rather amusing and quite informative song that helped them answer a viewer’s question about “the squarest country” in the world. The pair took turns singing about the various countries of the world, their unique shapes and what these shapes resemble.

Kuwait looks like a little thumb, Madagascar looks quite lean.
Burundi looks quite like a heart, Qatar looks like a bean.
India’s a diamond and Slovenia’s a splot
Cuba’s very long and thin and both Koreas are short and squat.
Mozambique has got too many sides, Uzbekistan as well.
Little Paraguay’s no paradigm, Mauritania’s an L
And Malawi’s like a seahorse, Guinea-Bissau’s a weathered rock
and Nauru’s nearly a circle, and Somalia’s a sock. 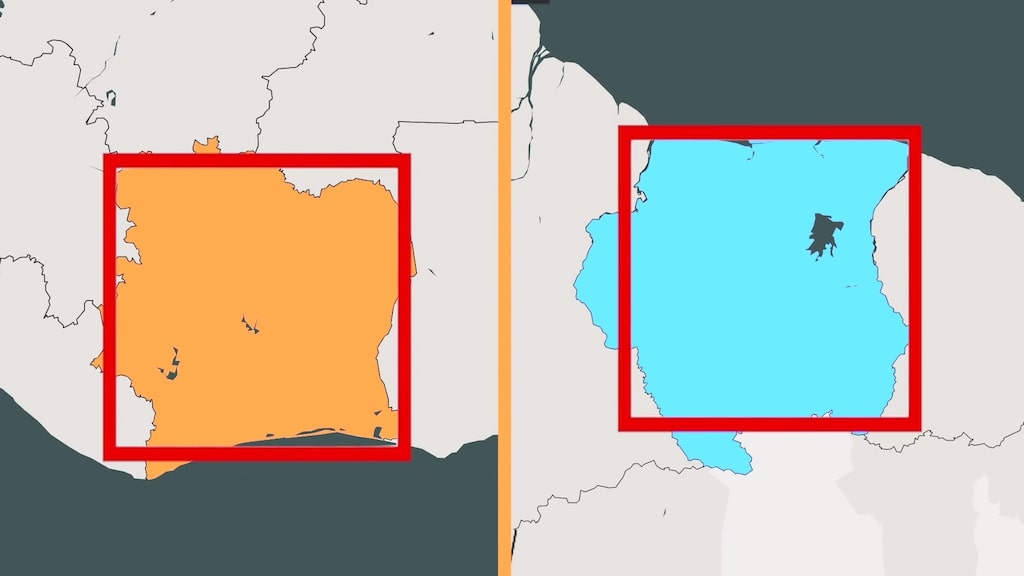 After nearly five minutes, the musical pair finally found what they were looking for.

So the winner of our contest fitting all our tight prescriptions
It’s the squarest of the squares
The nation of the Pharaohs
The land of Cleopatra
The country where the Sphinx is
It’s the land of the Egyptiaaaaans! 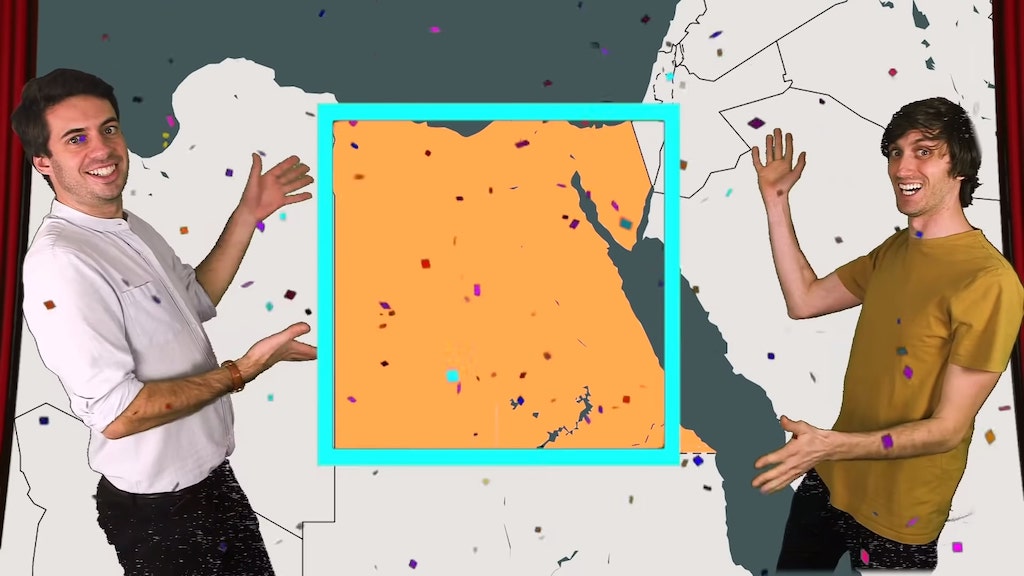 They also noted that they tried to stay as apolitical as possible, particularly when it came to Russia and Ukraine.

Many people wondering if Map Men are legitimising the Russian annexation of Crimea at 2:39. We are not. We had intended to make Crimea a different colour, as a way of saying ‘look, sticky outy bit that’s also currently disputed’, but we just forgot to do it. We are sorry.