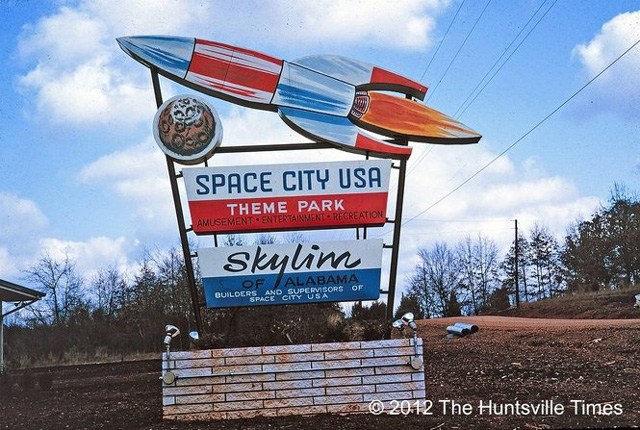 We recently posted about Bible Storyland, a documentary film about the failed 1960s biblical theme park of the same name designed by Disney creatives. We have now learned about Space City USA, a never-completed 1960s space theme park in Huntsville, Alabama. According to The Huntsville Times, construction of the park was announced in 1964 to the thrill of locals and by 1967, the site was shutdown and the project declared an expensive failure.

Space City would have a skyway ride, a glass-bottom boat, a lunar restaurant shaped like a giant mushroom, a jet car ride, a flying saucer, futuristic “time machines,” a simulated colony on the moon and even a miniature volcano.

Guests would enter through a “time machine” into various themed areas, like the Lost World with dinosaur models, a simulated moon colony, a “Land of Oz” and an Old South section.

The Huntsville Times recently ran a history of Space City USA along with a gallery of then and now images including ones from longtime Huntsville resident Toni Reynolds whose husband invested in the project. 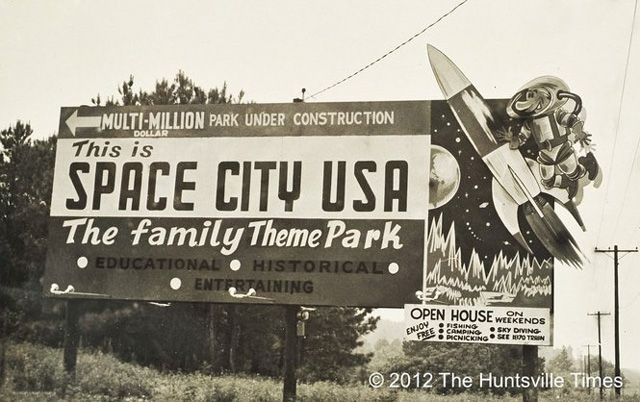 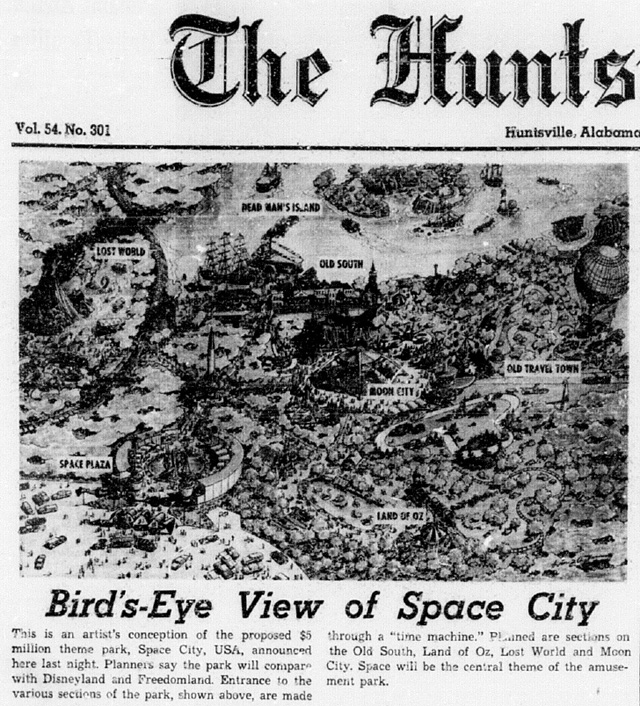 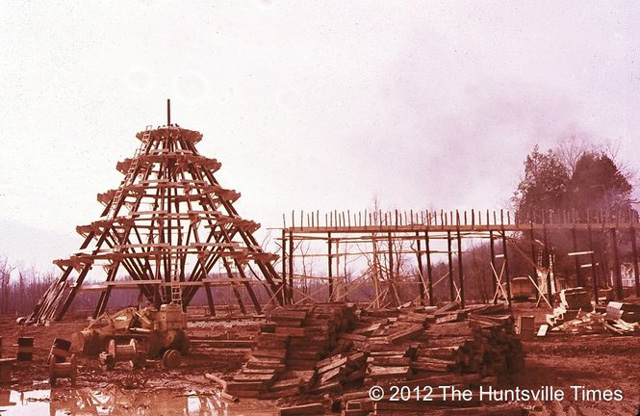 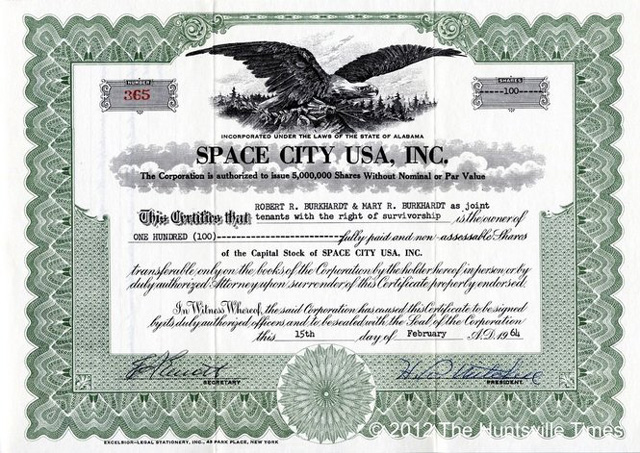 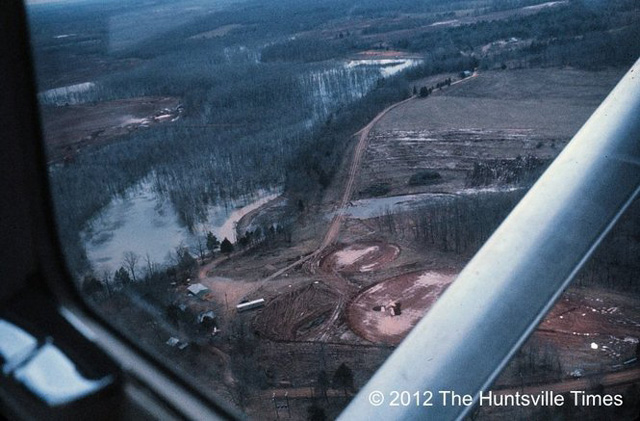 Thanks to Mark Johnson for the tip!