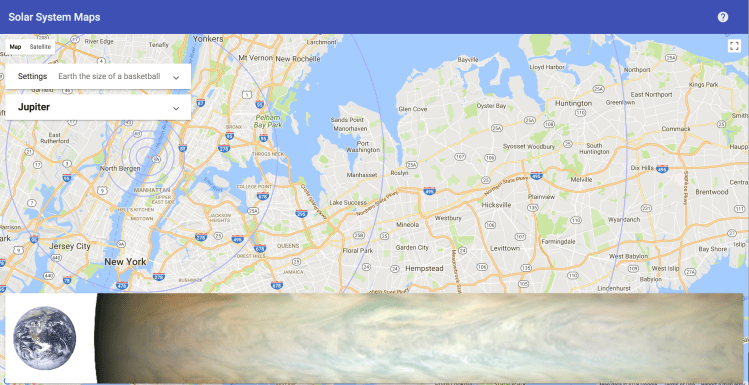 The Solar System Map is a fascinating interactive map that shows how big the range of the solar system would be if the earth or any other planet were the size of a basketball or a tennis ball. The example above shows the earth as the size of a basketball revolving around a red dot sun in the middle of the Hudson River and the other planets reaching out into Long Island and Western New Jersey.

How big would the Solar System be if Earth were the size of a basketball? How far away would Earth be from the Sun? What about the other planets? This site will answer all those questions! Each blue line represents the orbit of a planet, and the red circle in the middle is the Sun. Click anywhere to reposition the Sun.

When the Earth is made the size of a tennis ball, the sun sits in the middle of Central Park, while other planets rotate into Queens, the Bronx and New Jersey. 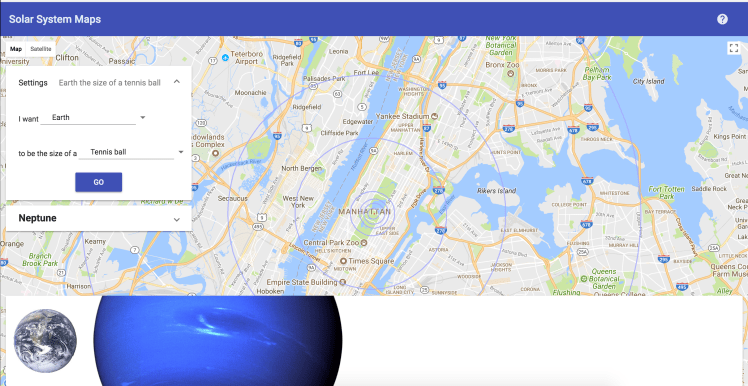