Alvaro Gracia Montoya of of MetaBallStudios (previously) compared the size of fictional planets from film, television, books and video games to that of New York City, Earth, the Earth’s moon, other planets in our solar system, and even to the sun itself.

The fictional planets shown to scale to see the different sizes there are. From the smallest to the most colossal. …Including habitable asteroids, moons, and artificial planets (but shaped like a planet). There may be some exceptions like the Discworld. 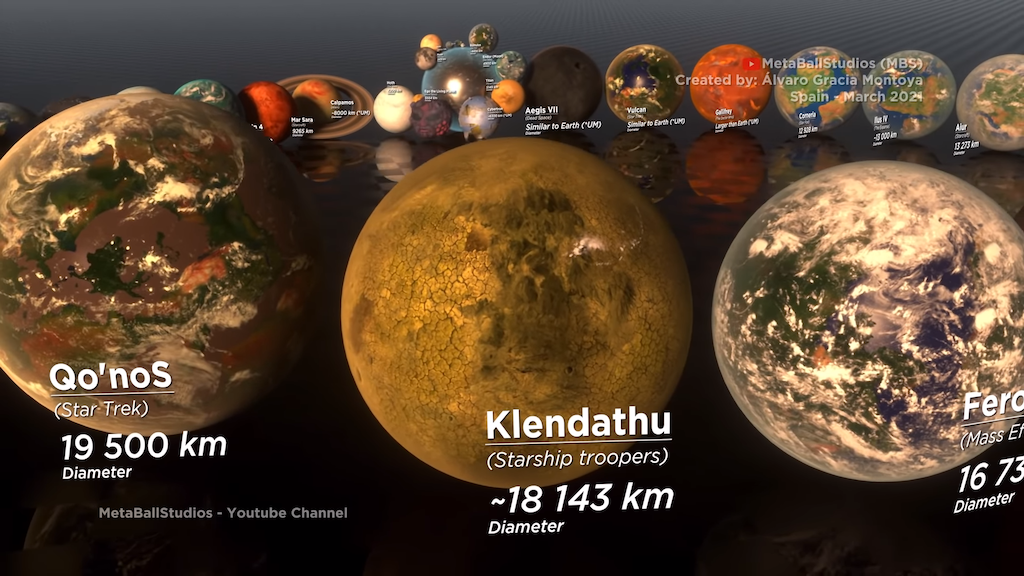