This video shows some of the real scale fictional land vehicles. Some don’t have official measurements, so they are measured by myself, as best as possible (adding a margin of error ±)

The animation begins with the minuscule van Luis used in the 2015 film Ant-Man and ends with the mammoth London from the 2018 film Mortal Engines. 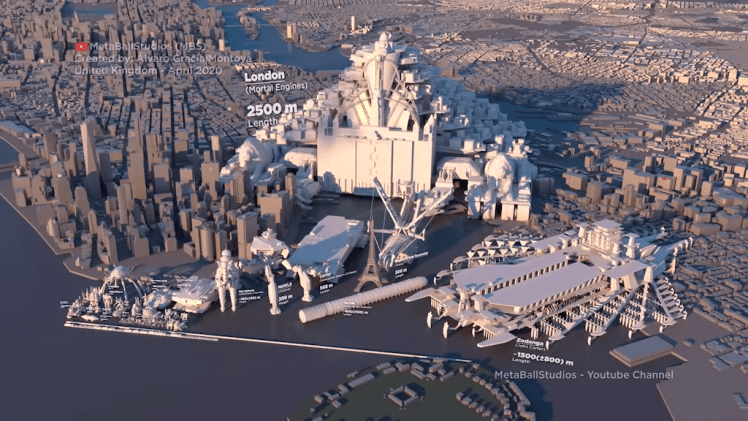