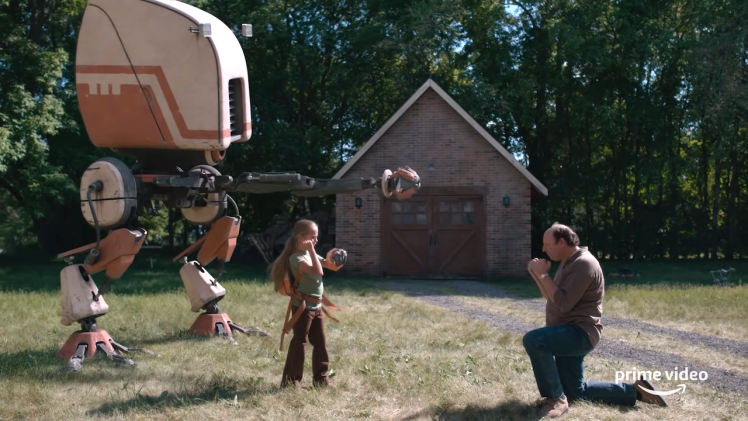 Swedish artist Simon Stålenhag (previously), who creates breathtaking art that combines nostalgic imagery from the artist’s childhood in 1980s Sweden with hovercraft, dinosaurs, robots, and other sci-fi elements, has inspired a new Amazon Prime series Tales From the Loop. The series takes its title from a pair of books written by Stålenhag about “paintings from a childhood that never was and a future that could have been.” The series focuses on a machine that unlocks such a future for those who enter.

Inspired by the wondrous paintings of Simon Stålenhag, Tales from the Loop explores the mind-bending adventures of the people who live above the Loop, a machine built to unlock and explore the mysteries of the universe – making things previously relegated to science fiction, possible.

This music for the soundtrack was written by Philip Glass and Paul Leonard-Morgan.

Here’s a sample of Stålenhag’s work.