In an arcade episode of The Slow Mo Guys, host Gavin Free wanted to understand how his “Willy Wonka and the Chocolate Factory” pinball game worked from both inside and out, so he removed the glass (to reduce glare) filmed himself playing a game with his Phantom Flex 4 macro camera. He then slid out the game exterior to reveal the workings underneath and filmed those as well. He combined the two for a captivating slow-motion look at the inner and outer workings of a simple game of pinball.

Gav whips out the Phantom and proves that some strange things happening on a pinball machine when viewed in Slow Mo! 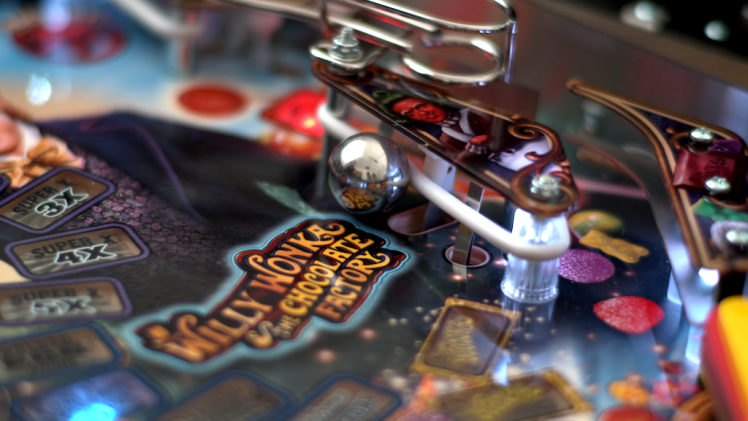