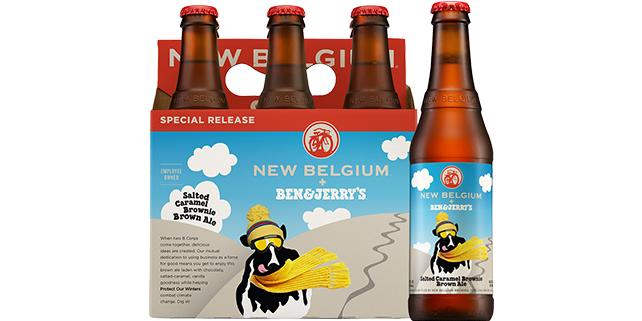 As Fellow B Corporations beholden to stakeholders including the earth, their communities and the environment, New Belgium Brewing and Ben & Jerry’s Ice Cream are excited to announce a partnership designed to please palates and raise awareness.Details at this time are preliminary, though New Belgium has developed a special release beer called Salted Caramel Brownie set to hit markets in the fall of 2015. The two like-mined businesses have long championed similar causes such as minimizing carbon pollution and supporting sustainable agriculture. This project will focus on environment awareness as well.

It's true. We're collaborating on a beer with @newbelgium to benefit @protectwinters. Info: http://t.co/TRmEekB7eo pic.twitter.com/UtgxFOrG6j