Smudge, a tiny moon bear cub, is thriving after her home was converted from a bile farm to a bear sanctuary under Peace by Piece, a program, put in place by Animals Asia, to help rescue and rehabilitate moon bears in Nanning, China.

Smudge, a four month old cub found on Nanning Bear Farm has become the first bear to enjoy an enrichment programme leaving staff confident she will enjoy a bright future. Born just a few months before Animals Asia began transforming the facility as part of Peace by Piece, Smudge is the last bear that will ever be bred in captivity on the site..

Donations to the program can be made through the Animals Asia site. 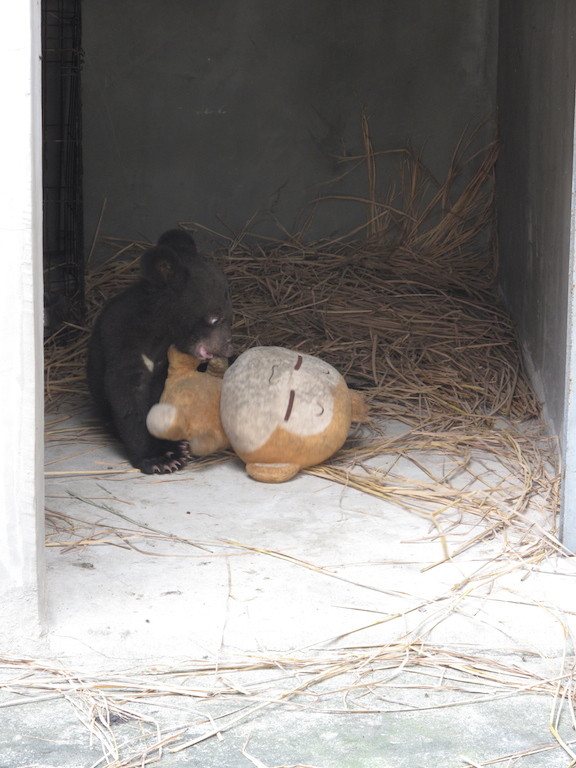 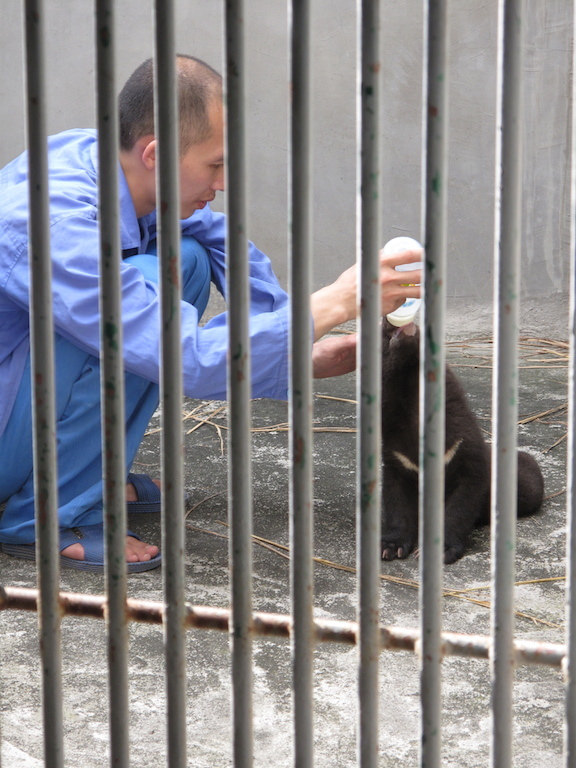