This is known as the “Rashomon Effect”. Named after the 1950 Akira Kurosawa film Rashomon, based on the Ryunosuke Akutagawa story “In a Grove”, the plot is about a murder and rape that took place and the resulting different witness accounts of the events.

This effect takes place when there is no evidence to prove or disprove an account and there is outside pressure to provide an account of the events. This confluence forces the human brain to recount to the best of its ability by relying on that which is familiar.

Neuroscientists have found that when we form a memory, our interpretation of visual information is influenced by our previous experiences and internal biases. …Even if we were able to encode a memory accurately, recalling it incorporates new information that changes the memory. And when we later recall that event, we typically remember the embellished memory instead of the original experience.

One such famous example is of a group of blind men describing an elephant. 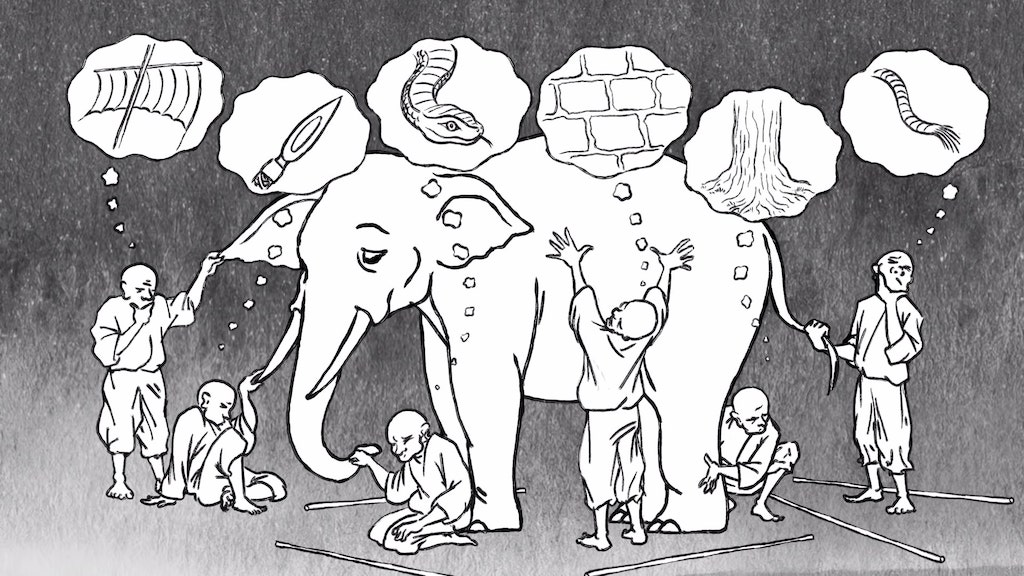