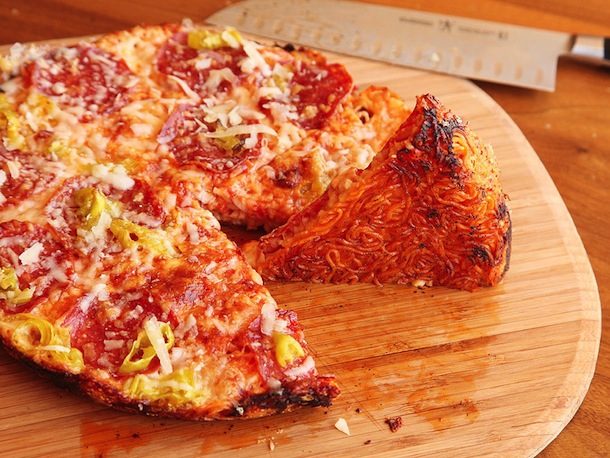 J. Kenji López-Alt of Serious Eats shares how to make Ramen Crust Pizza (which is exactly what it sounds like). He says, “It looks like pizza, smells like pizza, it even tastes a little like pizza, but it’s not pizza. At least, not inasmuch as pizza is defined by its bread-based crust. The slice you are looking at shares much in common with pizza. It’s got gooey melted cheese…It’s got a crisp underbelly and a soft, moist, tender interior. It just happens to be made with noodles instead of dough.” His recipe and a detailed tutorial are available on The Pizza Lab at Serious Eats. We previously posted about a similar food item, the Shoyu Ramen Burger.