A quick-thinking mama dog in Valparaiso, Chile dug a deep hole in the dirt and safely placed each of her precious puppies inside in order to protect them from a raging forest fire that hit the area and left thousands of people and animals homeless. According to KTLA 5 News, the puppies were found about a week later, completely unharmed.

A remarkable mother dog saved her nine puppies from burning alive in a forest fire in Chile by digging a deep hole and placing her babies inside where they were later found untouched by the flames.Rescue crews came across the puppies following a massive forest fire in Valparaiso last week. It took about an hour to lift all of the puppies out. They were reunited with their mother and are all expected to be OK. 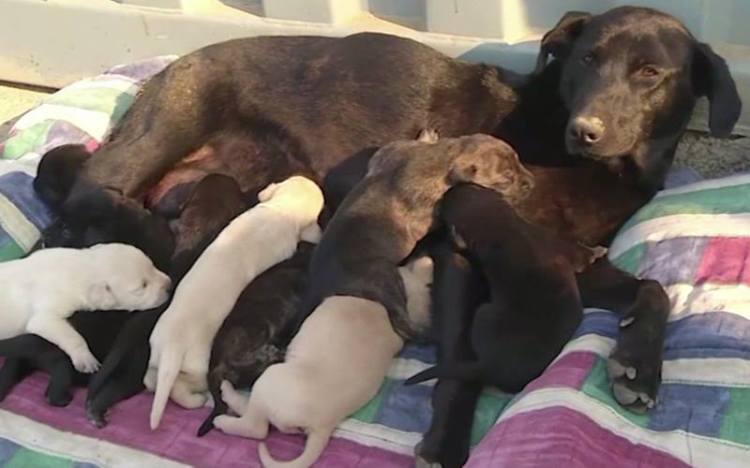 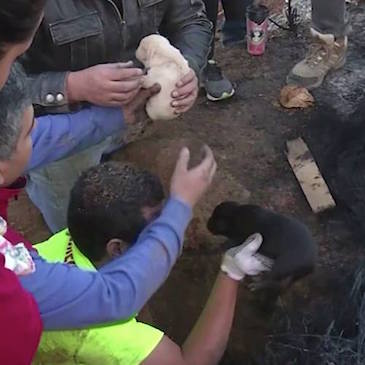 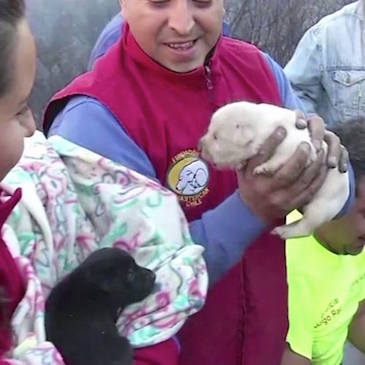 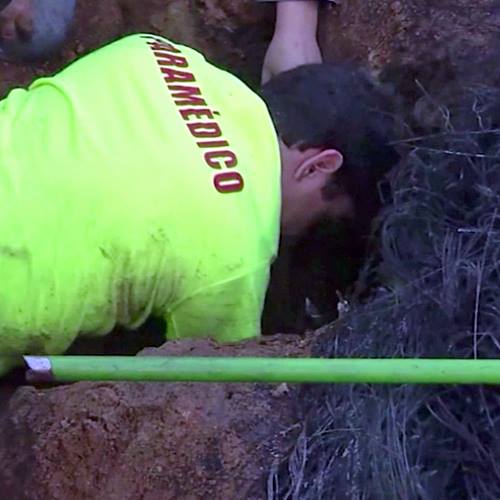